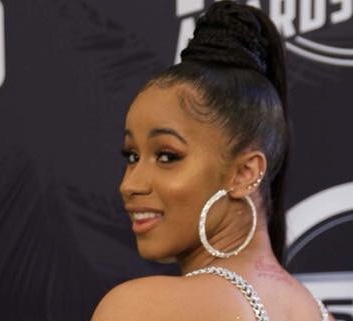 Cardi B is on the receiving end of a lawsuit by her ex-manager, who claims he turned her from an Instagram wannabe to a star and she repaid him by giving him the shaft.Speaking of shaft, a guy with that name claims he began working with Cardi B in 2015 after she sought him out, hoping to propel her from social media to music stardom.Shaft (real name Klenord Raphael) claims in a new lawsuit, he taught her the ropes of the music biz and orchestrated her relationship with VH1’s “Love & Hip Hop.”Even more significant, Shaft says his contacts and personal team of writers and producers are responsible for her megahit, “Bodak Yellow.”Shaft goes on to allege her monster hit allowed her to secure major record and publishing deals worth millions.

He’s also claiming she defamed him by telling her fiance, Offset, and others he robbed her blind. Shaft says last December, Offset texted him and said, “[U] better stop play acting like u don’t know u taking her sh** from her u a snake. U can’t hide from me N**** and u not bout to play my WIFE.”Shaft blames Cardi’s makeup artist/publicist for poisoning her against him.Shaft’s rep tells TMZ, “Since discovering Cardi B in 2015, Shaft has played an integral role in developing her music career and public image. While he is proud of their successful collaborations as she evolved from Instagram influencer to music megastar, Shaft is disappointed by her actions to freeze him out of her career, which are detailed in the complaint.”The rep continues, “Shaft is confident that his lawsuit will validate his conduct and substantiate his legal claims.”He’s suing for $10 million.