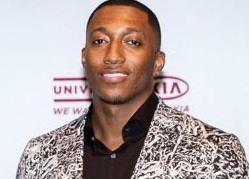 On June 22, 2018, GRAMMY Award-winning recording artist, Lecrae, will release a special mixtape project via Reach Records with fellow GRAMMY Award-winning producer, Zaytoven, entitled Let The Trap Say Amen. Born out of a mutual respect for each other’s work and joined by common faith, the two Atlanta legends came together for a release aimed at bridging understanding and building community, especially in underserved neighborhoods across America often dubbed “The Trap.”

In a guest editorial Lecrae penned for DJBooth.net to announce the project last week (May 24), The Trap Does More Then Say “Aye”, Lecrae explains, “When I hear the term ‘trap music,’ I don’t think of glorifying the negativity. I think of a soundscape that speaks a certain language. I think of music that tells real stories.” He continues, “There’s a whole other side to the trap that doesn’t get exposed…You can’t pigeonhole our communities. Everyone in the Trap ain’t trappin’.”