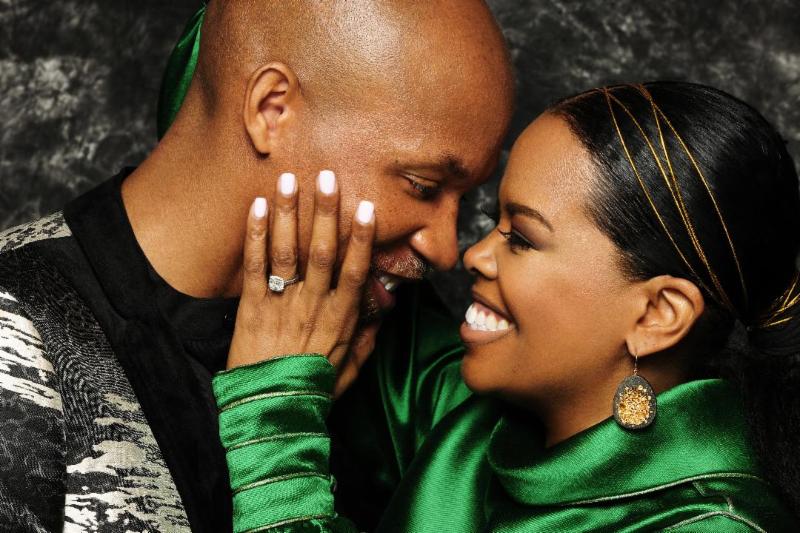 The beautiful and talented actress Malinda Williams (Soul Food, Daddy’s Little Girls, Idlewild, First Sunday) is ENGAGED!!! She just got engaged to her new fiancé’ Mr. Tariq M. Walker who popped the Big Question and “SHE SAID YES! or as Malinda will tell you, “WE SAID YES”!
Malinda says: “We are engaged and we couldn’t be more happy about spending our lives together. To be honest from the moment we realized we were made for each other, we also recognized the impact we had on one another’s desire to be better individuals, and inspired the best in each other. That is where “we said yes” came in. We said yes to encouraging each other to reach higher and deeper for greater.”

Malinda is an ambassador for National Proposal Day which is was Wednesday, March 20th. National Proposal Day takes place the first day of Spring as it represents a time for new beginnings and the time of year that the world comes to life. In honor of National Proposal Day, Malinda will be releasing a tribute called “3 Icons of Love”  she will transform along with her fiancé’ into her favorite couples, they will be re-creating popular images of some of our favorite couples which include President Barack Obama & First Lady Michelle, Malcolm X & his wife Betty Shabazz and Billie Dee Williams & Diana Ross from the movie “Mahogany” to honor beautiful and loving relationships. She will release and showcase one of the “3 Icons of Love” photos each day start dropping on Thursday March, 21st, 22nd, and 23rd.
For more information on Malinda’s new engagement, the ring, their love and the new man in her life go to her IG page @malinsworld. The newly engaged couple share all the behind the scenes video and a featured post that they wrote on their new website called ThisIsLeaving.com.
“This Is Leaving” is their “new baby” for travel enthusiasts. It’s a travel website geared towards couples who love to travel and explore and it has “his and hers” insights and Malinda and Tariq share the travel where’s, what’s and “whys” on everything from the least-hyped table for two; to the best ways to explore a city’s history and see it’s monuments. This is the perfect resource and guide for couples who love to explore and travel together.
Malinda has been married before to Mehki Pfiefer who she shares a teenage son with. Additionally she is starring in a documentary on REVOLT  called “Anatomy of a Queen” its a candid and impactful conversaiton and celebration fo woem of color breaking down walls and making history.  It’s featuring some dope queens such as (political commentator Angela Rye, music artist Goapele, actress Erica Ash, Beyonce‘s dance captain Ashley Everett, EMMY nominated choreographer Chloe Arnold, etc). This doc-u-series airs Monday’s at 10PM ET on Revolt.