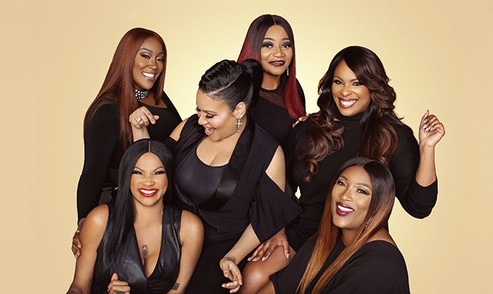 Rap and R&B royalty holds court with the BET premiere of “LADIES NIGHT,” starring SALT-N-PEPA (SNP), DJ SPINDERELLA and SWV. With a legacy spanning over three decades, Salt-N-Pepa has landed their biggest career accomplishment to-date, a Las Vegas residency. While simultaneously preparing for their opportunity of a lifetime, the trio has made the ambitious decision to launch the “Ladies Night” national tour in collaboration with SWV.

The stakes are high and reputations are on the line as everyone scrambles to meet expectations and deadlines. We follow along as individual personalities, group egos, personal conflicts and professional obligations all take center stage to discover whether or not the ladies can push it to greatness together. Tune in for the action-packed, drama-filled season of “LADIES NIGHT” starting Tuesday, April 30 at 10:00 PM ET/PT on BET and BET HER.

Legendary, groundbreaking, pioneering, trailblazing…so many words can be used to describe the Grammy award-winning artists, Sal-N-Pepa and DJ Spinderella. In the mid to late 1980s, they gave the then male-dominated rap game a makeover when they became the first all-female rap act to accomplish gold and platinum status. That achievement solidified their position in the music industry and inspired generations of female emcees to come after them. With classic hits like Expression, Whatta Man and Shoop SNPis recognized as one of the best-selling female hip-hop acts of all time.

No #90sRnB playlist would be complete without SWV. Since their debut in 1992, Sisters With Voices has been making fans Weak all over the world. They have been nominated multiple times for American Music Awards, Billboards and Grammys. With six studio albums, they have sold more than 25 million records and had their music featured in blockbuster films like “Waiting to Exhale” and “Free Willy.”