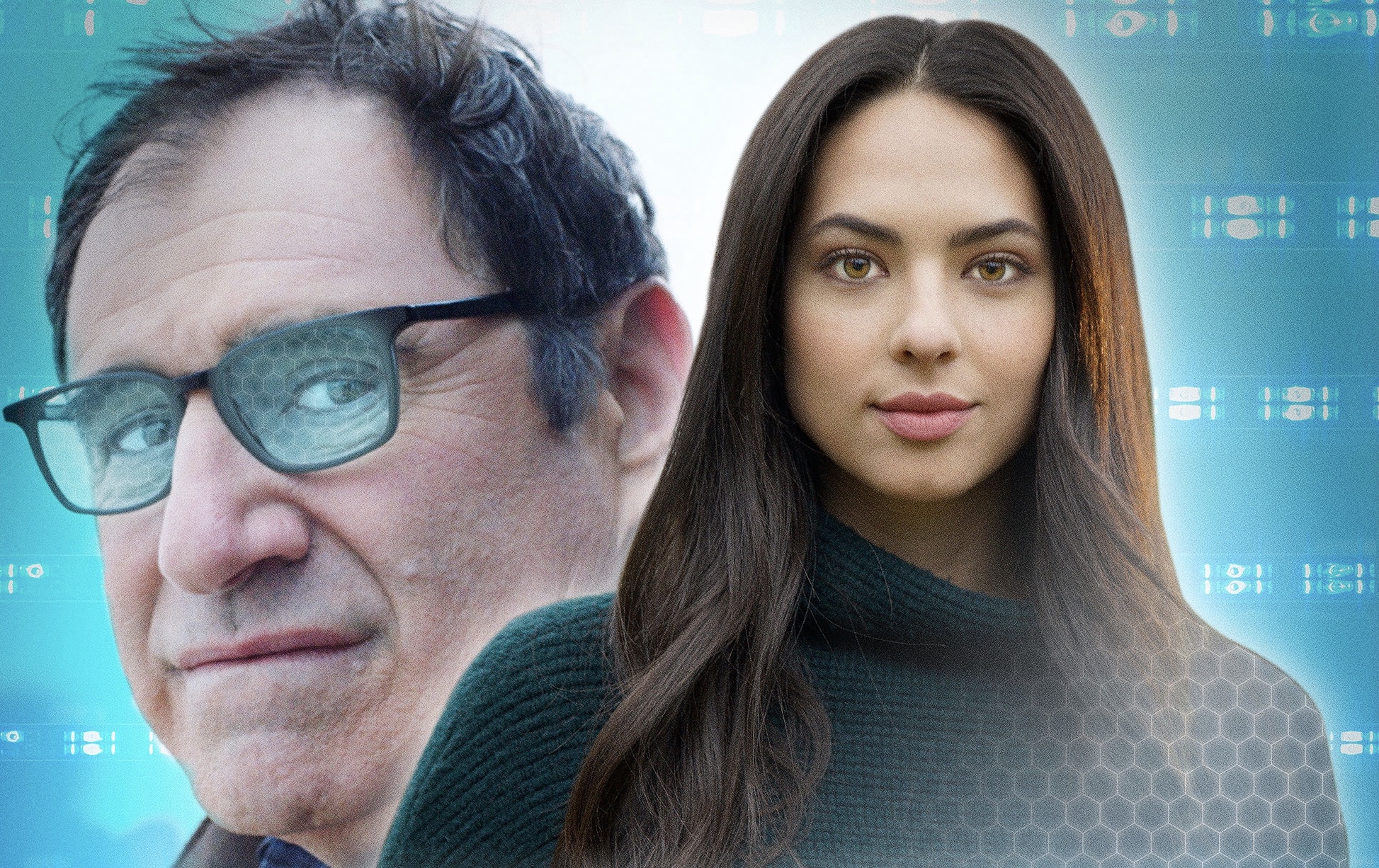 Samuel Goldwyn Films is set to release Matt Kane’s sci-fi drama AUGGIE in theaters and on VOD beginning September 20, 2019. The film stars Richard Kind (ARGO, A SERIOUS MAN, Red Oaks, INSIDE OUT) along with Larisa Oleynik (ATLAS, 10 THINGS I HATE ABOUT YOU) Susan Blackwell (MARGIN CALL, Master of None) and newcomer Christen Harper.

In AUGGIE, Felix Greystone (Richard Kind) is forced into early retirement and falls in love with an augmented reality companion, to the detriment of his relationship with his wife and daughter. At his “early retirement” party, Felix Greystone is given a pre-release version of an AUGGIE, a pair of augmented reality smart glasses that project a perfectly human companion onto his world. When Felix’s wife Anne gets a promotion and his daughter Grace gets serious with her boyfriend, Felix suddenly feels very alone.

He opens up to his new companion, AUGGIE, and is recognized and appreciated by her. He feels the ache of loneliness dissipate. AUGGIE reawakens a passion in Felix, and to his own surprise, he begins to fall for her. In a world that feels too good to be true, it’s difficult for Felix to recognize his increasing addiction to the technology, losing sight of what truly matters.