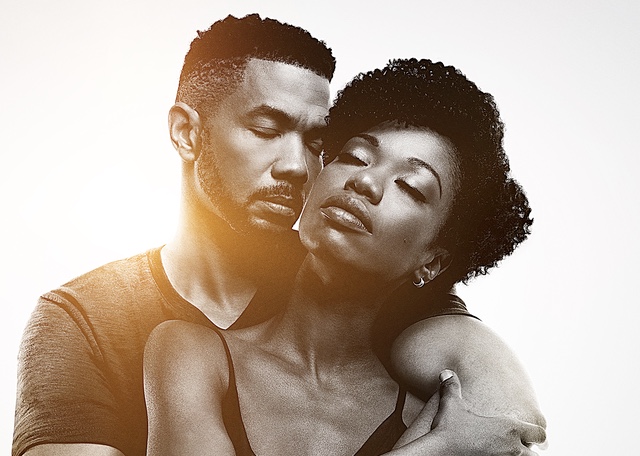 OWN: Oprah Winfrey Network revealed today the first-look teaser trailer for its new original anthology drama “Cherish the Day,“ created and executive produced by Emmy® winner/Academy Award®-nominee Ava DuVernay (“Queen Sugar,” “When They See Us”). “Cherish the Day,” which is set for a February 2020 premiere on OWN, is produced for OWN by ARRAY Filmworks and Harpo Films in association with Warner Horizon Scripted Television. Ava DuVernay, Paul Garnes (“Queen Sugar”), Tanya Hamilton (“Queen Sugar,” “Night Catches Us“), and Oprah Winfrey serve as executive producers.

Check out the trailer here http://www.oprah.com/app/cherish-the-day.html

Chapter one of “Cherish the Day” chronicles the stirring relationship of one couple, with each episode spanning a single day. The narrative will unfold to reveal significant moments in a relationship that compel us to hold true to the ones we love, from the extraordinary to the everyday. Xosha Roquemore (“The Mindy Project”) stars as Gently James and Alano Miller(“Underground”) stars as Evan Fisher. The couple meet and fall in love in Los Angeles, with the full season spanning five years in eight episodes.  OWN previously announced additional cast including legendary Emmy®-winning actress Cicely Tyson, as well as Michael Beach, Anne-Marie Johnson and Kellee Stewart. The DuVernay led series also recently announced it achieved full gender parity with a production crew of over 50% women, including 18 female department heads.  Directors for the series are Tanya Hamilton, Blitz Bazawule, Aurora Guerrero and Deborah Kampmeier.     About OWN: Oprah Winfrey NetworkOWN: Oprah Winfrey Network is the first and only network named for, and inspired by, a single iconic leader. Oprah Winfrey’s heart and creative instincts inform the brand and the magnetism of the channel. OWN is a leading destination for a premium scripted and unscripted programming from today’s most innovative storytellers. OWN’s original scripted series include “Queen Sugar,” “Greenleaf,” “The Haves and the Have Nots,” “If Loving You is Wrong,” “Ambitions” and “David Makes Man.” OWN’s Saturday night unscripted programming lineup includes “Iyanla: Fix My Life,” “Ready to Love,” “Love & Marriage: Huntsville,” “Family or Fiancé” and “Black Love.” OWN connects with its audience wherever they are, inspiring conversation among a global community of like-minded viewers on social media and beyond. Launched on January 1, 2011, OWN is a joint venture between Harpo, Inc. and Discovery, Inc. The venture also includes award-winning digital platformOprah.com. Access OWN anytime onWatchOWN.tv or across mobile devices and connected TVs. About Warner Horizon Scripted TelevisionA division of the Warner Bros. Television Group, Warner Horizon Scripted Television was founded in 2006 and is one of the entertainment industry’s leading producers of dramatic and comedic programming for the cable and subscription/on-demand streaming marketplace. Series produced by Warner Horizon Scripted Television include “Animal Kingdom” and “Claws” for TNT, “Cherish the Day,” “David Makes Man” and “Queen Sugar” for OWN, “The Flight Attendant” for HBO Max, “Fuller House,” “Medical Police,” “Special” and “You” for Netflix, “Pennyworth” for EPIX, and “The Right Stuff” for National Geographic. About ARRAYARRAY is a multi-platform media company and arts collective based in Los Angeles. Founded in 2012 by filmmaker Ava DuVernay, the company currently operates a trio of branded entertainment entities: ARRAY Releasing, ARRAY Creative Campus, and ARRAY Filmworks. ARRAY Filmworks develops and produces stories that center around people of color and women of all kinds. Feature film and TV projects include “When They See Us,” “13TH,” “Queen Sugar,” “Cherish The Day,” “The Red Line,” “Venus Vs,” “Middle of Nowhere,” “I Will Follow” and commercial and installation work for Prada, Apple and The Smithsonian.  www.arraynow.com.