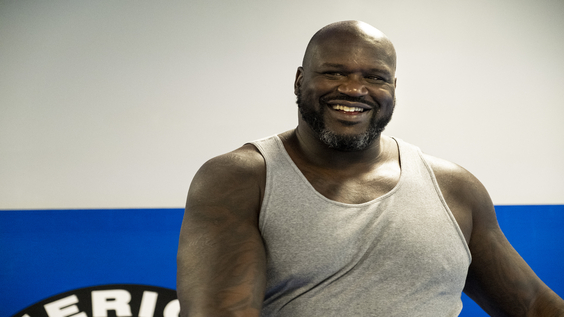 Giving viewers unprecedented access into the life of NBA legend Shaquille O’Neal, Shaq Life premieres with two episodes back to back on Thursday, April 9 at 9:00pm ET/PT.

To kick-off the inaugural ShaqNight, Rob Riggle and Shaq will watch Guardians of the Galaxy Vol. 2 at 6:00pm ET/PT. Immediately following, Snoop Dogg will join Shaq for the series premiere of Shaq Life.

Narrated by Samuel L. Jackson, the docuseries Shaq Life chronicles four-time NBA champion and current analyst on TNT’s Emmy® Award-winning Inside the NBA Shaquille O’Neal’s pursuit to become the ultimate father, athlete, DJ and businessman. While fans wait for the NBA season to resume on TNT, Shaq Life will bring them their weekly helping of the basketball Hall of Famer.

Get to know Shaq as he explores his passions off the court; join him as he tours the world to establish himself as a DJ, navigates his partnership with a controversial franchise, trains with professional fighters for his first-ever MMA grappling match, raises his six children and expands his legacy. It’s time for fans to meet the man behind the legend – a man with a charismatic sense of humor, an enormous heart and endless determination. Shaquille O’Neal is the ultimate renaissance man.

Every week, new episodes will be preceded by ShaqNight, during which Shaq and a revolving cast of his famous friends will join viewers on the couch to watch some of his favorite films. From their respective homes, Shaq and his guests will provide commentary, compete against each other in boredom busters, and dance along to a DJ session by Shaq himself!