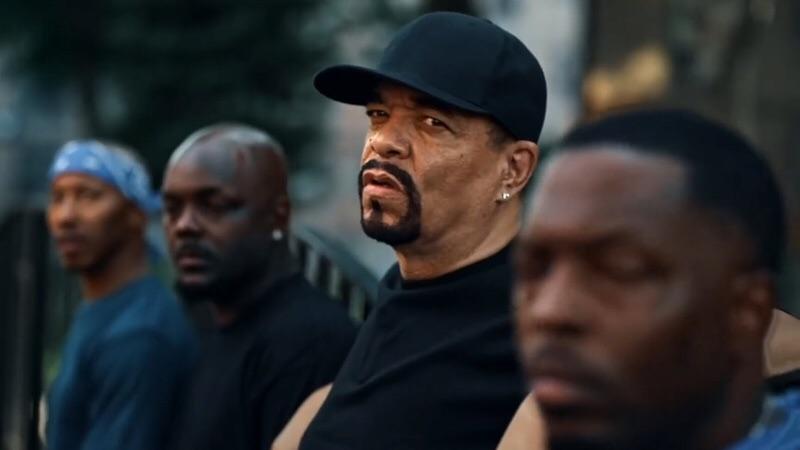 “Equal Standard will open the viewer’s eyes to the generational trauma that hangs around peoples’ necks like an anvil, depriving all of us justice and progress,” says Bryan of the themes expressed in his directorial debut.  ” It drives home that the only way we move forward is together.”

A highly anticipated film, Equal Standard nearly broke the internet when the movie’s trailer garnered over 13 million views (combined) across social media in November.   With theaters closed for the foreseeable future, due to the global coronavirus pandemic, Bryan will stream the film direct-to-consumers at equalstandardmovie.com for $9.99.
“Consumers are trapped at home and have watched everything that’s available, Equal Standard is perfectly timed to ipmact the marketplace,” says  publicist turned content distributor  Darren D. Dickerson.  The founder of a digital distribution company, COD (Content+Ownership+Distribution), Dickerson says, “virtual box-office releases are a part of our new normal.”

Socially and politically, Equal Standard is arriving at a very important time also.  The Presidential elections are looming, and while the coronavirus has dominated headlines recent events serve as a reminder that social justice issues like police shootings, gun violence, and equal protection under the law, remain unsettled.

Seeking An Equal StandardIt’s 2018 in New York City.  Police shootings dominate the national conversation, and everyone – police and the community alike – is on edge. Equal Standard explores this tension, and gives raw insight into a world that most have only seen through shaky cell phone video and 45-second television stories. It’s a world where equal accountability, regardless of race, always seems just out of reach.

A routine trip to a local bodega turns deadly when Detective Chris Jones, played by Truvillion, faces off with a fellow officer who pushes the limit of his authority, carrying out a “stop and frisk” encounter with the black plainclothes detective. When shots ring out, one is left fighting for his life, while the other’s fate hangs in the balance, to be decided by the tipping scales of justice.
Equal Standard imagines a world in which people – whether they be cops, gang members or members of the community, can come together and fight against injustice.  Whether it’s an internal affairs detective who won’t stop digging, or leaders of rival gangs calling a truce to demand justice of the NYPD, the movie conveys that we all have a role to play in demanding equal accountability – an Equal Standard.
“This film is a chance to see the problem from all sides equally,” says Law & Order, SVU veteran Ice T.  Returning to his essence, Ice-T stars as Croft, a gang leader, in this provactive drama.
Directed by Bryan  and co-directed by Brenden Kyle Cochrane, Equal Standard will stream at equalstandardmovie.com, Thursday, May 14th.
For more information, or to be kept up to date on news and events, please visit the website (equalstandardmovie.com).