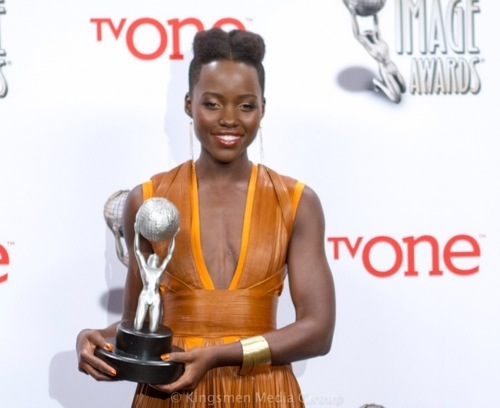 Special Encore Airings of “Dark Girls,” “Light Girls,””Oprah & Lupita Nyong’o on Colorism,””Oprah Winfrey Presents: Legends Who Paved the Way,”And “OWN Spotlight: Where Do We Do Go From Here?” Parts One and Two

OWN: Oprah Winfrey Network announced today the commemoration of the Juneteenth holiday with slate of special encore airings of programming  on Friday, June 19 beginning at 3 p.m. ET/PT starting with the evocative original documentary “Dark Girls,”followed by “Light Girls” at 4:30 p.m. ET/PT, “Oprah & Lupita Nyong’o on Colorism” at 6:30 p.m. ET/PT, “Oprah Winfrey Presents: Legends Who Paved the Way” at 7:30 p.m. ET/PT, “OWN: Spotlight: Where Do We Go From Here? (Part One)” at 9:00 p.m. ET/PT and “OWN Spotlight: Where Do We Go From Here? (Part Two)” at 10:00 p.m. ET/PT. “Dark Girls” is a fascinating and controversial film that goes underneath the surface to explore the prejudices dark-skinned women face throughout the world. It explores the roots of classism, racism and the lack of self-esteem within a segment of cultures that span from America to the most remote corners of the globe. Women share their personal stories, touching on deeply ingrained beliefs and attitudes of society, while allowing generations to heal as they learn to love themselves for who they are. “Light Girls” is an in depth study of the advantages and disadvantages of being a light skinned woman told from a collection of notable light skinned entertainers, educators and everyday folk. The film highlights and questions the notion that light skin makes for an easier life and is provides a global analysis of skin color and its relationship with societal values. It boldly dives into topics such as bullying, skin bleaching, and the trending social media separation. The likes of Diahann Carroll, Kym Whitley, Michaela Angela Davis, India.Arie, Iyanla Vanzant, Wayne Brady, Amber Rose, Raven Symone, and many more share their personal stories of growing up black, but light skinned.  “Oprah & Lupita Nyong’o on Colorism” – Winfrey and Oscar-winning actress Lupita Nyong’o discuss colorism in Hollywood and if it still exists. Nyong’o’s newest project is her children’s book “Sulwe,” which features a 5-year-old girl who has the darkest skin color in her family. On shelves since last October, the picture book inspires children to love their uniqueness and to discover that beauty comes from within. Nyong’o also opens up about thriving in an industry she feels was not made for her, speaks about her critically acclaimed starring role in Jordan Peele’s “Us,” and shares her experience winning “Best Supporting Actress” for her performance in “12 Years a Slave” at the Academy Awards in 2014.

“Oprah Winfrey Presents: The Legends Who Paved the Way” – Oprah Winfrey hosts a gala of events celebrating the upcoming film “Selma” and honoring some of the legendary men and extraordinary women of civil rights, the arts and entertainment who made history and redefined what was possible for us all. The legends that were honored include Ambassador Andrew Young, Berry Gordy, Jr., Rev. C.T. Vivian, Diane Nash, Dick Gregory, Rev. Jesse Jackson Sr., Congressman John Lewis, Rev. Joseph Lowery, Juanita Jones Abernathy, Julian Bond, Marian Wright Edelman, Myrlie Evers-Williams, Quincy Jones, Sidney Poitier and Harry Belafonte. The weekend celebration began in Santa Barbara, CA, with an exclusive screening of “Selma” at the historic Arlington Theatre followed by an elegant evening gala saluting the legends at the Bacara Resort & Spa. A special message from President Barack Obama began the evening, with a poem reading by the cast of “Selma,” written by Pearl Cleage, punctuating the expression of gratitude for the legends before the R&B group The O’Jays took the stage. “OWN Spotlight: Where Do We Go From Here? (Parts One & Two)” – The in-depth conversations offer insight and tangible plans to answer the questions “What matters now?” “What matters next?” and “Where do we go from here?.” Featured guests include politician Stacey Abrams, journalist Charles M. Blow; Atlanta Mayor Keisha Lance Bottoms; Academy award-nominated filmmaker Ava DuVernay (“When They See Us,” “13th”, “Queen Sugar”), professor and author Jennifer Eberhardt (author of “Biased”); journalist and Pulitzer prize-winning founder of the “1619 Project” Nikole Hannah-Jones; historian and author Ibram Kendi (“How to be an Anti-Racist”), award-winning actor David Oyelowo (“Selma”), Color of Change founder Rashad Robinson; and National Association for the Advancement of Colored People (NAACP) national board member Rev. Dr. William J. Barber II.