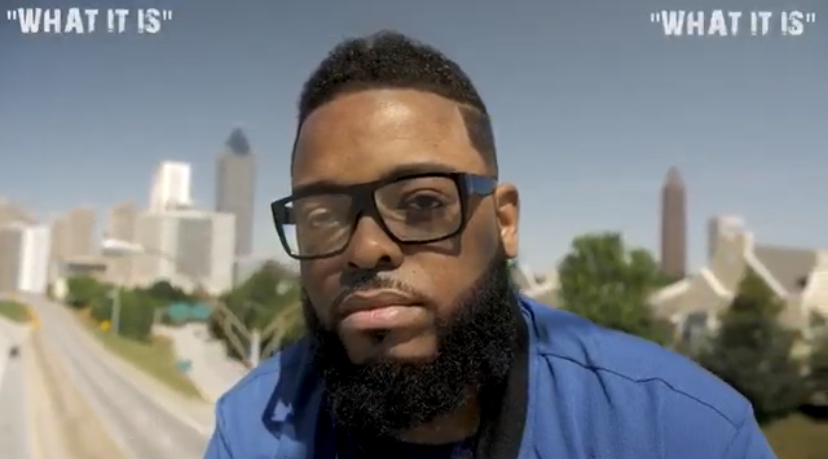 CHH artist Buckeye Pauly has released a brand new video for “What It Is”, the first single from his upcoming studio album Magnetic. This is the second solo project from the Youngstown, OH bred, Atlanta -based artist and fifth overall, including 3 as part of the hip hop duo Green Dynasty teaming up with his brother, rapper/producer Myke Groov

Magnetic is also the first album solely produced by the rapper/singer-songwriter, who previously used the artist name PG, which are his initials. He says the name change was necessary.

“It’s always been an alias of mine but I had to make it official because when I released the second single (If He Said It) I noticed there were like 18 PG’s and I said nobody’s gonna be able to find me. So I just went ahead and made the switch. I couldn’t use my real name either because there were 29 of those as well.”

Pauly (born Paul Green) held the video shoot in Atlanta, GA and it was shot by Atlanta-based JS Creative Group.

The song chronicles the journey he’s been on over the last 7 years, which included relocations to Los Angeles, Tulsa,OK, and back to Atlanta. During their time in California, Pauly, his wife Shantae Green and their then-11 month old son Zackery (who’s now 8 and featured in the video) were homeless. The chorus offers up the solution to all his struggles of trying to make it in music under his own power:

“Grinded for so long, I done fought so hard/
Finally I paused, had a talk with God/
Told Him they won’t let me in, I keep knockin’/
He replied, ‘When I kick in this door, just walk in’”/

“What It Is” is available on all streaming platforms as well as his second single “If He Said It”. The former is still under his previous name PG. The release date for Magnetic has yet to be announced.

You can connect with Buckeye Pauly here: