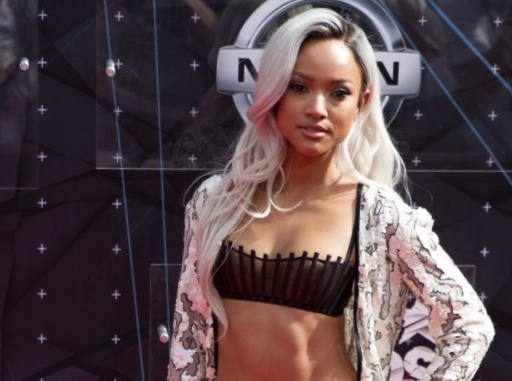 BET announced that Karrueche Tran will be starring in the second season of its bold and sexy drama “GAMES PEOPLE PLAY” for a season-long story arc. This season, Lauren London will appear in a limited role and Sarunas J. Jackson, Karen Obilom, Parker McKenna Posey, Jackie Long, and Kendall Kyndall will return as series regulars. Season two picks up with Marques (Jackson) and Vanessa (London) learning the paternity of their new child as he struggles to find his footing on and off the court.  Meanwhile, Nia’s (Obilom) investigation into a secret society jeopardizes her relationship with MJ (Kyndall) and Laila (McKenna Posey). Tran will playEden Lazlo, the LA Vipers owner’s daughter and newly named VP of basketball operations, who further complicates Marques King’s love life.

Los Angeles native Karrueche Tran has quickly become one of Hollywood’s sweethearts. Best known for her role as Virginia on TNT’s acclaimed series Claws, the actress and socialite has accumulated a worldwide fan base of over 10 million combined social media followers and counting. She most recently was seen on FOX’s Deputy in a recurring role as Genevieve and guest-starred alongside Tracy Morgan on his TBS show, The Last O.G.  Tran is represented by A3 Artist Agency and Blood Law Group.

“GAMES PEOPLE PLAY” reigned as the #1 newscripted cable series in FY19 among African-American 18-49 audience,* and has been hailed as the “perfect addition to your TV schedule” by Bustle.  Based on the popular book by Angela Burt-Murray “Games Divas Play,” “GAMES PEOPLE PLAY” is a sexy, stylized drama about the L.A. high life, where everyone plays to win.

“GAMES PEOPLE PLAY” is executive produced by Tracey Edmonds of Edmonds Entertainment, Angela Burt-Murray and Vanessa Middleton. Middleton also serves as the showrunner on the series.

For more information about “GAMES PEOPLE PLAY” visit the network’s official page at BET.com. Also, join the conversation on all social platforms @BET.