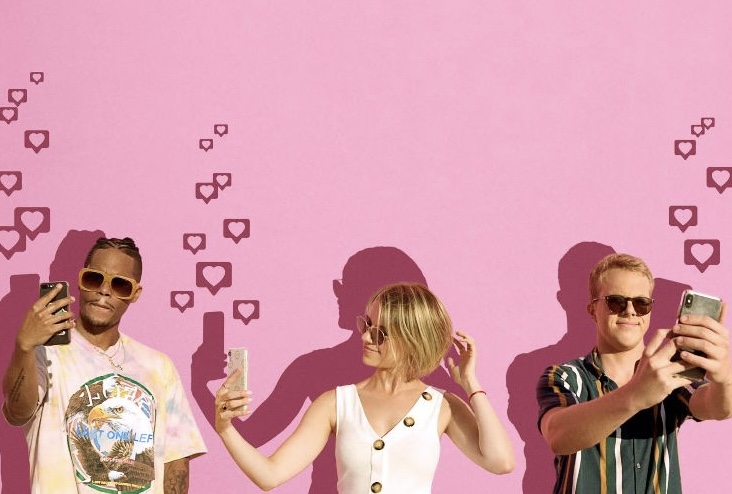 HBO’s FAKE FAMOUS, debuting TUESDAY, FEBRUARY 2 (9:00-10:30 p.m. ET/PT), from first-time director and veteran journalist Nick Bilton, explores the industry of social media influencers through an innovative social experiment. The film’s journey into this world is driven by the casting of three people in Los Angeles who all have relatively small social followings and the attempt to grow them into famous influencers. By purchasing fake followers and an army of bots to “engage” with their social media, the newly made “influencers” discover both the wonders and costs of this unlikely, immersive lifestyle.

The documentary will be available on HBO and to stream on HBO Max.

Bilton, a technology journalist, explores a fundamental question: What is fame and influence in the digital age? There are now hundreds of millions of people on social platforms who have such large followings that they are considered to be a new kind of celebrity. But are they really famous? Bilton and his team set out to explore what it all really means by launching an experiment that begins with an open casting call in Los Angeles, with the goal of transforming three people into famous influencers. The young trio he selects – aspiring actress Dominique, fashion designer Chris and real estate assistant Wylie – proceed to have wildly different experiences as their fake followers grow by the thousands each day.  Each of their stories illuminates the ephemeral world of online influence and the realities of a lifestyle based largely on fantasy.

It doesn’t take long to see the experiment work.  As the trio’s number of followers increase, and after a string of fake photoshoots, brands begin reaching out, eager for their products and services to be seen, and the process repeatedly feeds itself. Emerging influencers get approached by companies offering them free goods, and the most successful of them are paid fortunes to advertise on their platform. Even if the entire premise is tenuously based on fake scenarios and fake lives, the financial incentives for every piece of the puzzle are real.

Peeling back the layers to reveal what’s really happening behind the scenes of influencer fame, FAKE FAMOUS illuminates our obsession with the numbers of likes, followers and favorites we get, and how most of our online world is much more fabricated than we realize.