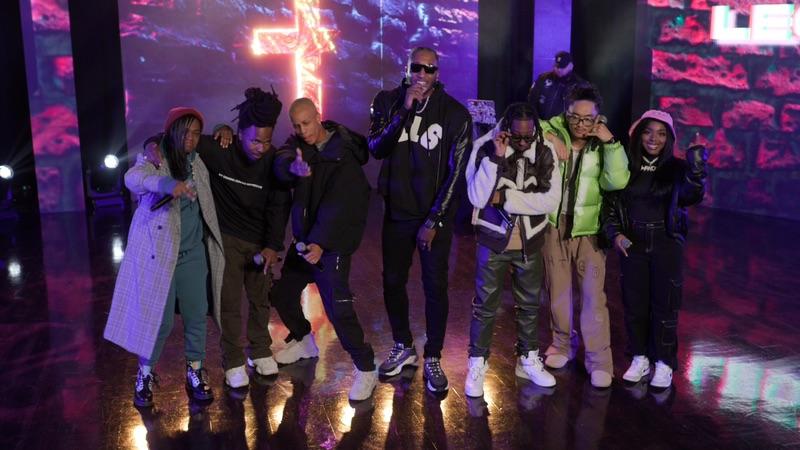 The highly-anticipated 23rd Annual Super Bowl Gospel Celebration returns to television with faith, family and football during the biggest weekend in sports! Premiering with a brand new trio of distribution partners, Super Bowl Gospel Celebration is simulcast onSaturday, February 12 at 8pm ET/7pm CT on Bounce TV and for the very first time will stream on Prime Video and on IMDb TV, both without need of a Prime membership. The debut telecast will be followed by an encore on ION Sunday, February 13 at 12am ET/11pm CT, and will continue to be available to stream in front of the paywall on Prime Video and on IMDb TV throughout February in celebration of Black History Month.

Themed “Catch the Light,” the groundbreaking praise and worship extravaganza is an annual highlight of Super Bowl weekend, hosted this season by inspirational figure Sarah Jakes Roberts and funnyman DC Young Fly. This unique annual praise fest highlights NFL players and their faith, with uplifting songs of joy and shout-worthy, never-before-seen performances and mashups. Viewers are offered a rare glimpse into the spiritual lives of their favorite NFL players, as well as what inspires them to greatness each day. The hour-long show was taped in Los Angeles, Atlanta and Dallas as a concession to the still ongoing COVID pandemic.

“This 23-year journey with the Super Bowl Gospel Celebration is a testament to how faith can grow the seed of a dream into a reality far greater than any plan we might have set out to achieve. Despite every obstacle placed in our path, our faith in this vision has been rewarded with this anointed production that has touched the lives of so many,” said Melanie Few, Founder and Executive Producer.
Super Bowl Gospel Celebration is making a special presentation to the 2022 Lifetime of Inspiration Award recipient Deion “Coach Prime” Sanders, sponsored by Amazon’s Black Business Accelerator. The current head coach for Jackson State University’s football team, two-time SuperBowl champion, Pro Football Hall of Famer, and Eddie Robinson Coach of the Year is being honored for his commitment to bringing more visibility to HBCU sports franchises, and reinvigorating HBCU sports into high-profile must watch events. Coach Prime is one of only four NFL Players to ever receive this prestigious award.

“As we approach our 23rd anniversary, I am so very thankful for the support and partnership of the National Football League. I am also excited for the amazing partners that have joined forces to help elevate this brand. It is truly a privilege to honor Coach Prime as I have followed him his entire career and watched him be a light to others, both on and off the field,” added Few, the only woman and person of color that produces an NFL sanctioned event during Super Bowl week.
“Super Bowl Gospel provides an opportunity for our players to celebrate their faith,” said Arthur McAfee, the NFL’s senior vice president for player engagement. “A large number of our players are of faith, and they celebrate that faith many ways during the course of the game and throughout the season. You may see them take a knee and pray, either prior to or after the game. This is one of the natural connections we have to help players elevate their platform.”