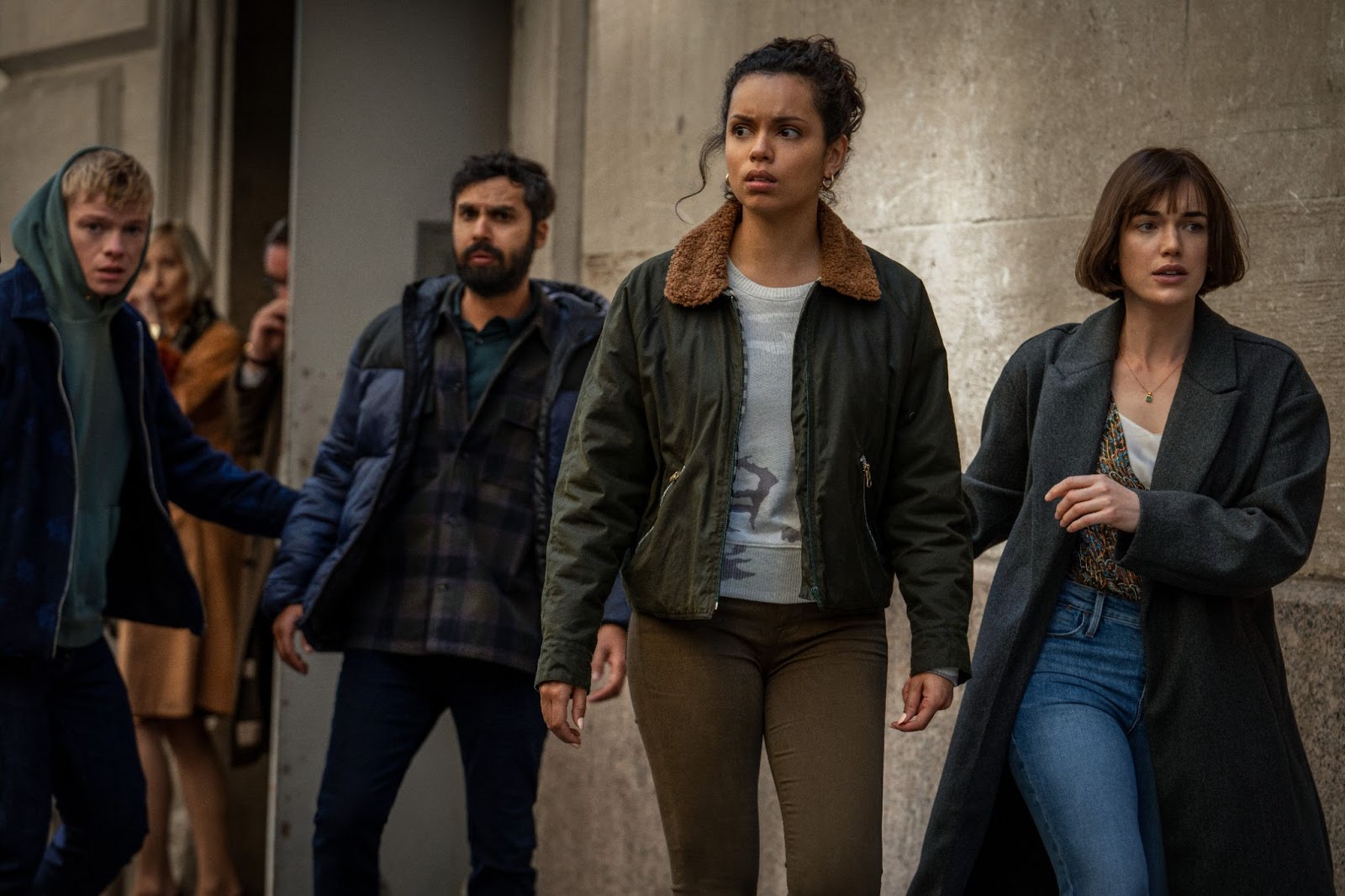 Apple TV+ is excited to share a sneak peek clip from the upcoming season finale episode of “Suspicion,” entitled “Unmasked,” which will premiere on Friday, March 18. As Leo’s countdown begins, Cresswell’s past leads Vanessa and Scott to uncover the truth.

When the son of a prominent American businesswoman (Thurman) is kidnapped from a New York hotel, the eye of suspicion quickly falls on four seemingly ordinary British citizens who were at the hotel on the night in question. As they find themselves in a trans-Atlantic cat and mouse race to evade the combined forces of the National Crime Agency and the FBI to prove their innocence, it becomes apparent that not everyone can be trusted. Who is really behind the mysterious abduction, and who is only guilty of being in the wrong place at the wrong time?

With BAFTA Award nominee Rob Williams (“Man in the High Castle”) serving as showrunner and executive producer, “Suspicion” is based on the award-winning Israeli series “False Flag,” and is produced out of the UK by Keshet Productions, Keshet International’s UK production arm. Alongside Williams, executive producers include Emmy Award nominee Chris Long (“The Americans”), who also directs, Howard Burch and Alon Shtruzman for Keshet Productions, Avi Nir for Keshet Media Group, as well as Anna Winger, Amit Cohen, Maria Feldman and Liat Benasuly. The series is produced by Darin McLeod (“Watchmen”).

Episodes 101-108 of “Suspicion” are now available in the Apple TV+ Press Screening Room. You can view across all of your favorite devices, including iPhone, iPad, Apple TV and Chromecast, as well as on the web. If you need to activate your account, please email us as soon as possible.

If you have any questions or would like to request interviews with the cast or creative team, please feel free to contact us at the information below. We appreciate your support and coverage of “Suspicion.”