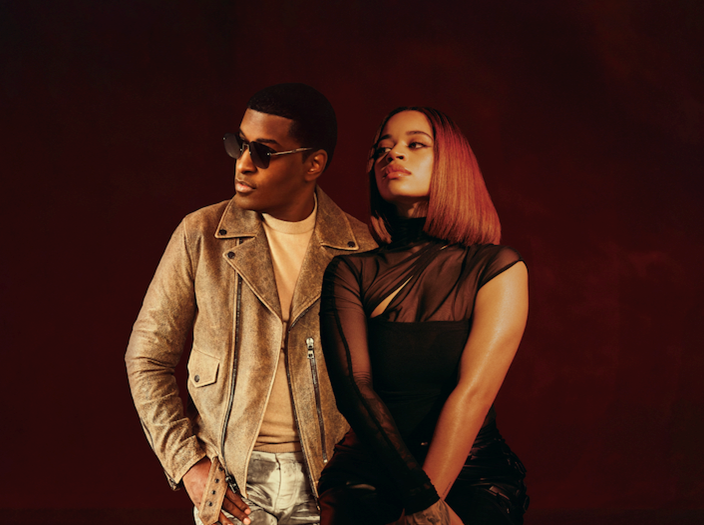 Single Is From Babyface’s Girls Night Out, Set For October 21Release

While Babyface and Ella Mai’s romantic single “Keeps On Fallin’” is a thoroughly modern R&B track, the opulent official video takes its inspiration from Regency-era courtship rituals. It stars Emmy and GRAMMY®winning actress/comedienne Tiffany Haddish (Girls Trip, Night School, Nobody’s Fool) as the very lively queen mother and Kendrick Sampson (Miss Juneteenth, “Insecure,” “The Vampire Diaries”) as the handsome prince who is courting Ella Mai. Babyface, who plays a duke, joins them for a sumptuous meal as a string quartet plays and the champagne flows. View “Keeps On Fallin’” HERE.

—Shot at the historic Malibu estateVilla De Leon by director/cinematographer Ava Rikki (FLETCHER, Brynn Cartelli), the video made its broadcast premier on BET Soul, BET Her and the Paramount+ Times Square billboards.

——–“Keeps On Fallin’” is the first single from Babyface’s new project, Girls Night Out, which will be released by Capitol Records on October 21. Vibe praised the track as “dreamy” and ThisIsRnB hailed “Keeps On Fallin’”as a “classic Babyface track, with a modern R&B vibe.” The two artists gave the song its first live performance at the BET Awards.

——–Girls Night Out is a sonic journey through love, heartbreak and all of the emotions in between. The album features the legendary singer/songwriter/producer’s collaborations with some of today’s brightest female R&B stars, including Kehlani, Queen Naija, Ari Lennox, Doechii and many others. Like Babyface’s iconic Waiting to Exhale soundtrack, the new project taps into a range of subject matter as each of his collaborators share stories from their personal point of views and experiences.