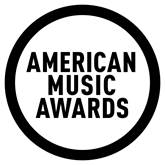 Taylor Swift broke her own record of the most wins of any artist in the history of the American Music Awards Sunday night by clinching the top spot in the winner’s circle with six wins at the “2022 American Music Awards” (AMAs), to bring her total count to 40 wins. The year’s hottest night in music represents top achievements in music determined by the fans, for the fans. Hosted by Wayne Brady, the thrilling evening filled with world premiere performances and pop culture moments aired live on ABC from the Microsoft Theater at L.A. LIVE in Los Angeles.

Artist of the Year: Taylor Swift

Favorite Pop Song: Harry Styles “As It Was”

Dua Lipa (1): Collaboration of the Year

Elton John (1): Collaboration of the Year