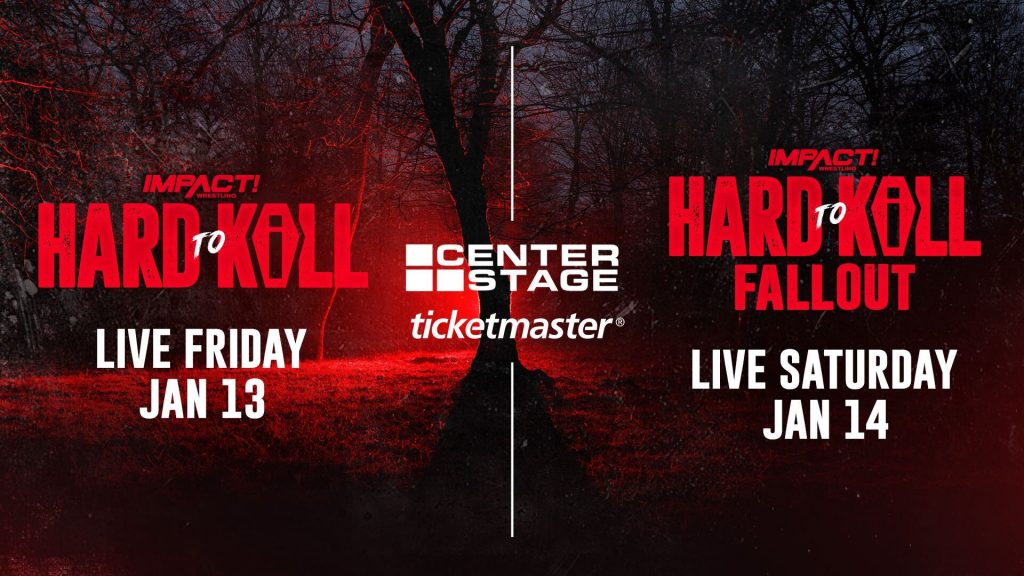 IMPACT Wrestling will be LIVE in Atlanta with Hard to Kill on January 13th followed by Fallout on January 14th. Don’t miss this must-see event with two action packed nights filled with your favorite IMPACT Stars at Center Stage Theater in Atlanta, GA. Get your tickets now at ImpactWrestling.com

IMPACT Wrestling kicks off 2023 in a big way with two must-see events LIVE from Center Stage in Atlanta!

On January 13th, don’t miss IMPACT’s next pay-per-view extravaganza, Hard To Kill. The following night on January 14th, experience the Hard To Kill Fallout as the television trucks of IMPACT! on AXS TV roll in. Tickets for both events, including two night packages, are on sale now at Ticketmaster.com!