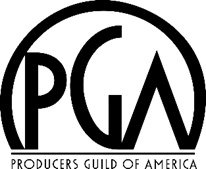 Today, the Producers Guild of America (PGA) announced nominations in the Motion Pictures and Television categories for the 34th Annual Producers Guild Awards to be held on Saturday, February 25, 2023 at the Beverly Hilton Hotel. The biggest award of the night, the Darryl F. Zanuck Award for Outstanding Producer of Theatrical Motion Pictures, has historically been considered a strong prognosticator for the Best Picture Oscar each year.

Award for Outstanding Producer of Televised or Streamed Motion Pictures

The following nominees were previously announced.

The Award for Outstanding Producer of Documentary Motion Picture

The Award for Outstanding Sports Program

The Award for Outstanding Children’s Program

The Award for Outstanding Short-Form Program

Final Ballots for Children’s, Short Form and Sports Programs will close on February 10, 2023. Winners of the Sports, Children’s and Short Form categories will be announced at the Guild’s Nominee’s Events in New York on February 21 and in Los Angeles on February 23.

Any questions regarding the 2023 PGA Awards can be submitted to PGAAwards@ssmandl.com.

About the Producers Guild of America (PGA)

The Producers Guild of America represents over 8,500 producers. It is a non-profit trade organization that represents, protects and promotes the interests of all members of the producing team in film, television and new media.

The Guild invests in its core values that benefit the industry at large. These values are rooted in facilitating employment of its members, advocating for sustainable practices in production that minimize human and environmental harm, ensuring a set culture that advances safety and creates viable pathways into the guild for the next generation of producers, particularly those from populations underrepresented in the industry. Year-round it hosts a number of educational, mentoring and professional networking programs, as well as industry events that honor excellence in producing.

SYNOPSIS: The further adventures of Ant-Man and the Wasp. https://youtu.be/5WfTEZJnv_8 RELEASE DATE: February 17, 2023  RATED: US: Not Yet Rated CA: Subject to Classification  CAST: Paul...