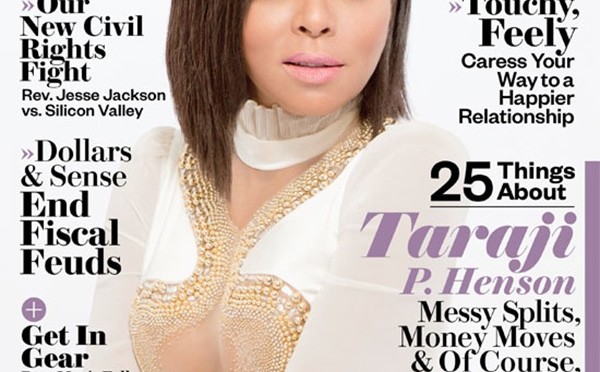 THE BEAUTIFUL, PASSIONATE AND TALENTED TARAJI P. HENSON HAS FIRMLY ESTABLISHED HERSELF AS ONE OF THE HARDEST-WORKING BLACK WOMEN IN HOLLYWOOD. FROM FILM TO

TELEVISION, ON CAMERA AND BEHIND THE SCENES, THIS LEADING LADY, PRODUCER AND SINGLE MOM IS A CERTIFIED TRIPLE THREAT WHO UNABASHEDLY LIVES LIFE BY HER OWN RULES. AS HER LATEST FILM, THE THRILLER NO GOOD DEED, HITS THEATERS NATIONWIDE, SHE OPENS UP TO EBONY EDITOR-IN-CHIEF MITZI MILLER ABOUT 25 TRUTHS THAT MAKE HER TOTALLY TARAJI.
HERE ARE A FEW OF HENSON’S TRUTHS —

1. What body part will you have to fix in five years?
My stomach. I get it from my mom, who had to get a tummy tuck because she didn’t exercise. I try to work out at least five days a week. But if it reaches the point where I am not satisfied, I’m just going to be like, “Can you suck this out of me? Thanks!”

3. What’s the last thing you used your celeb status to get?
To get my fat ass into a restaurant. If someone tells me there’s a wait, I’ll walk right to the front of the line like, “I need a table now. I need to eat, and I want this. So let’s work this out.”
FIND OUT MORE ABOUT EBONY’S HOLLYWOOD DARLING IN THE ISSUE OCTOBER ISSUE, ON STANDS NATIONWIDE NOW.