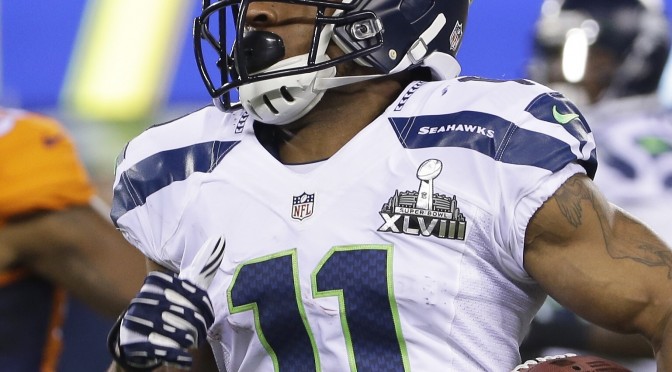 “All scoring plays are reviewed by the instant replay official, in conjunction with the NFL officiating staff in New York, and are not subject to a coach’s challenge,” NFL spokesman Michael Signora said in a statement. “Following the first quarter touchdown run by Percy Harvin, the game should have been stopped for a replay review, either by the replay official or by the officiating staff in New York.
“The touchdown was incorrectly confirmed, and as a result, the game was not stopped. Had the game been stopped for a replay review, the touchdown would have been reversed because Harvin stepped out of bounds at the San Diego 21-yard line.”