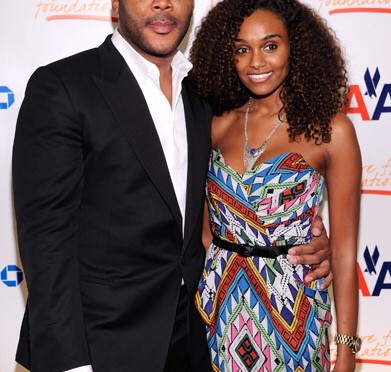 Check this out!!! Mr. Perry has been getting it in in his spare time! O_O!!! Sources close to Tyler are reporting that he made an announcement at his birthday party that he is expecting his first child!

The media mogul was celebrating his 45th birthday with friends over the weekend when he revealed the news that he was going to be a daddy. Though he didn’t share who the baby’s mother was, it’s believed to be his on-again, off-again girlfriend of the last five years, model/activist Gelila Bekele.