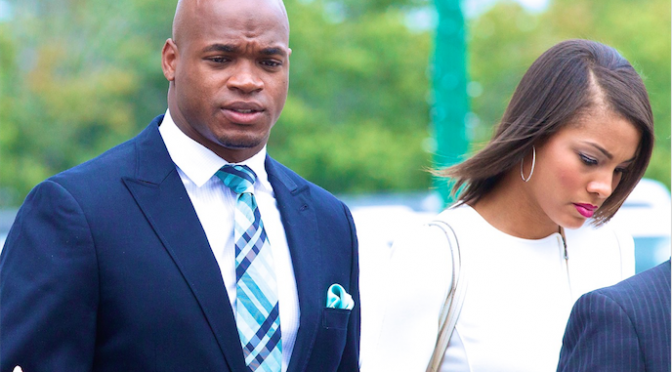 Adrian Peterson of the Minnesota Vikings was notified today that he has been suspended without pay for at least the remainder of the 2014 NFL season, and will not be considered for reinstatement before April 15, for violating the NFL Personal Conduct Policy in an incident of abusive discipline that he inflicted on his four-year-old son last May. Peterson pled no contest on November 4 in state court in Montgomery County, Texas to reckless assault of the child.

104 thoughts on “Adrian Peterson Suspended For the Year”