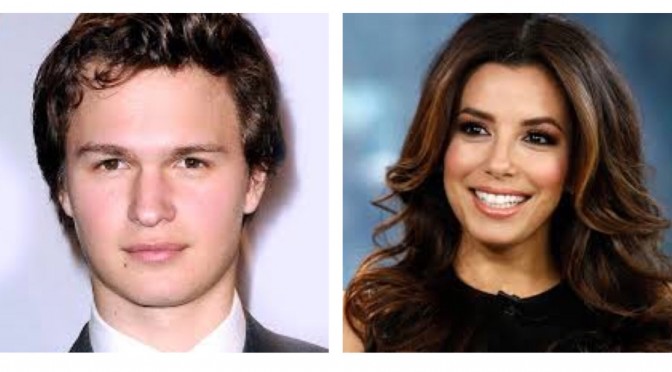 The nominations announcement will be telecast live on TNT and TBS at 9 a.m. (ET) / 6 a.m. (PT) and webcast live on sagawards.tntdrama.com and tbs.com. SAG-AFTRA President Ken Howard will introduce Elgort and Longoria. Prior to the announcement, this year’s stunt ensemble honors nominees will be announced by SAG Awards Committee Chair JoBeth Williams and Vice Chair Daryl Anderson during a live webcast on sagawards.tntdrama.com and tbs.com at 8:50 a.m. (ET) / 5:50 a.m. (PT).
Ansel Elgort starred as Gus opposite Shailene Woodley’s Hazel in this summer’s hit “The Fault in Our Stars,” based on John Green’s best-selling novel. Elgort also starred in the Jason Reitman’s film “Men, Women & Children.” He will be reprising his role as Caleb Prior in “Insurgent,” the second film from the book series “Divergent,” due out in early 2015 . He will also play the title role in the feature “Van Cliburn,” about the American pianist’s rise to fame during the Cold War. He began his film career with a co-starring role in the 2013 remake of “Carrie.”