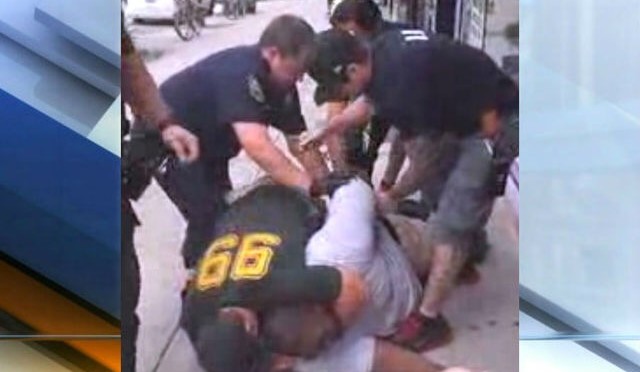 DEVELOPING: A Staten Island grand jury Wednesday has declined to indict the New York City police officer in connection with the July chokehold death of an unarmed man, a source tells Fox News.

Police Officer Daniel Pantaleo, a 29-year-old, eight-year veteran of the force, faced possible charges in the July 17 death of Eric Garner, who was stopped on suspicion of selling loose cigarettes. Video captured Pantaleo using what appeared to be an illegal chokehold on Garner, a 43-year-old father of six with a lengthy criminal record. Garner, who had health problems, died as a result of the encounter.

10 thoughts on “No indictment for NYPD Cop In Chokehold Death”