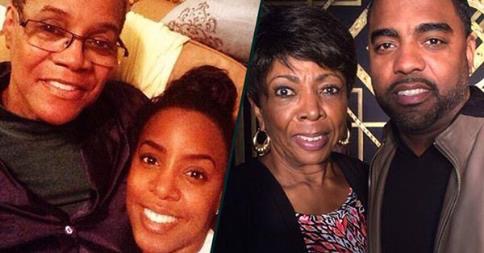 Our thoughts and prayers are with Todd Tucker and Kandi Burruss as they mourn the sudden loss of Todd’s mother, Miss Sharon. While in New York on Monday, the beloved Real Housewives of Atlanta star suffered a stroke and never regained consciousness after slipping into a coma. Less than 24 hours, Miss Sharon was pronounced dead.

News of the loss has already been confirmed by both Todd and Kandi. The couple took to Instagram to issue heartbreaking statements.

There’s also word that Kelly Rowland’s mom, Doris Garrison, has also died after battling an ailment. Her death comes just weeks after her grandson Titan was born. News of her passing has yet to be officially confirmed, but friends of Miss Doris, including an ABC13 Houston news reporter, began offering their condolences on Twitter last night.