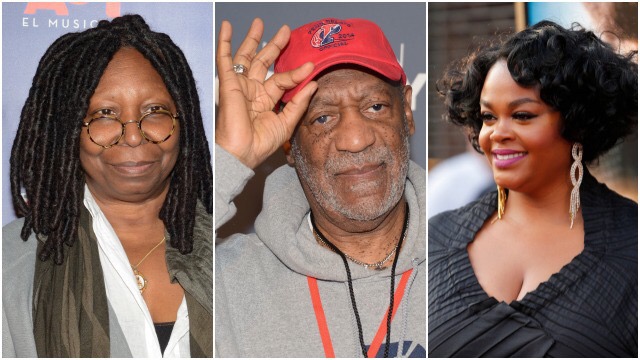 Last month, Goldberg came to Cosby’s defense during a heated debate with her co-hosts on The View, saying she had “a lot of questions” about the rape claims and would “reserve judgement.”

“Perhaps the police might have believed it. Or the hospital. Don’t you do a kit when you say someone has raped you?” she asked. “Don’t the cops take you into a hospital for a kit?”

Monday, Scott got into it with a few of her nearly one million followers about whether or not folks are condemning Cosby too quickly.

One of her followers suggested Scott didn’t understand how to use her platform on social media and that the singer’s support of Cosby was proof she was misinformed.