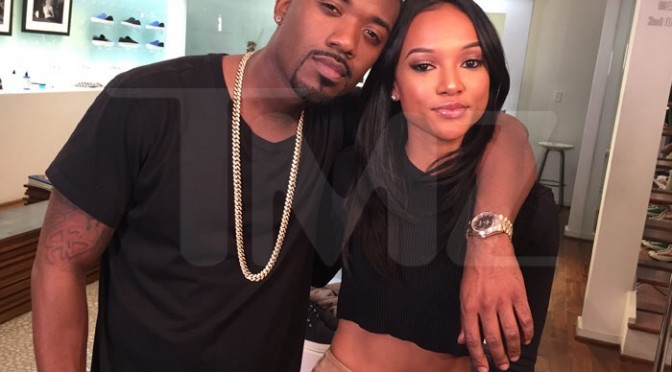 Karrueche Tran Ray J Girlfriend
Ray J’s ex-girlfriend who threatened suicide Wednesday was pushed over the edge after she found out Ray was nuzzling up to the modern day Helen of Troy … Karrueche Tran.

Cops were called after Princess Love called Ray and threatened to shoot herself. A short time later she called him back and said she would not go through with it.

As we reported … Ray broke up with Princess Love Tuesday night after a big fight. Now we know where he went afterward.

Ray went to a studio to shoot a New Year’s Eve special for BET. Karrueche was also on the show and Ray hung out with her until 4 AM. We got a couple of pics which show they were definitely getting along.