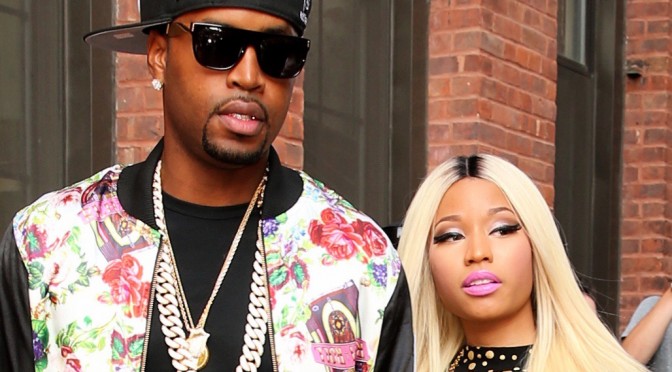 According to TMZ, Safaree is a complete emotional wreck after the breakup and is apparently suicidal. The former hypeman has reportedly been reclusive, spending most of his days and nights smoking weed and talking openly about suicide. TMZ reports:

Safaree is telling friends he won’t get in touch with Nicki because she’s now hooked up with Meek Mill. He says it’s torture for him, because he believes Meek Mill destroyed his relationship with Nicki over false claims he cheated.

Safaree’s friends say they’re scared these are more than idle threats. They’ve urged him to see a shrink. The problem … he’s seeing one whom he says has been giving him meds that make him even more emotional.
Though Nicki says she’s found peace, we hope Safaree will do the same.