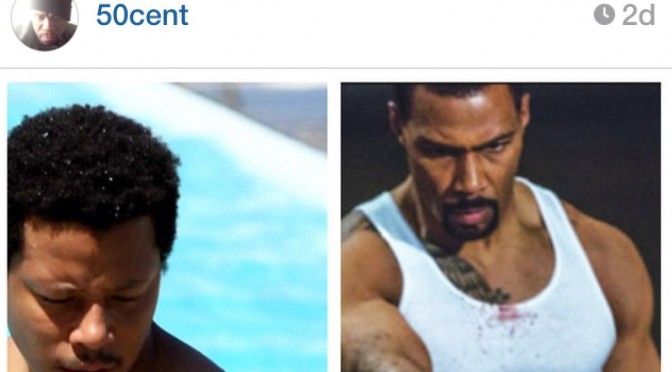 Fox is set to run its new series Empire starting on January 7, and 50 feels the program starring Terrence Howard and Taraji P. Henson borrowed a little too much from Power. He posted about the Empire vs Power dynamic on his Instagram page. 50 even accused Empire of copying the marketing for Power.

Season 2 is unbelievably good trust me,” he said in the social media post containing video of a Power advertisement. “I have the best writers and show runner. I like Terrence Howard and Taraji Henson. I don’t like that They would copy the Marketing.” In a previous post, 50 Cent displays a picture of both Terrence Howard and Taraji Henson and asks women who they like more. “Empire VS. Power LADIES what’s up you be the judge. LMAO.”

13 thoughts on “50 Cent Blasts “Empire” For Similarities to “Power””