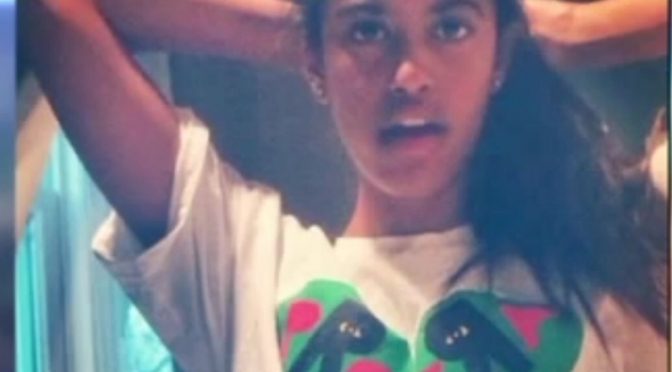 The photo, which purports to depict Malia posing sassily in a white T-shirt bearing the Pro Era logo, first popped up on Pro Era’s Twitter feed and quickly spread to sites like Vibe and Complex. A representative for Pro Era member Joey Bada$$ told Gawker that they received the photo from “a mutual friend of Malia and the pro era member,” but declined to give further details.

The image doesn’t appear to be Photoshopped, but it’s unclear whether the subject is actually Malia or a particularly convincing doppelgänger. Allow us to investigate further.