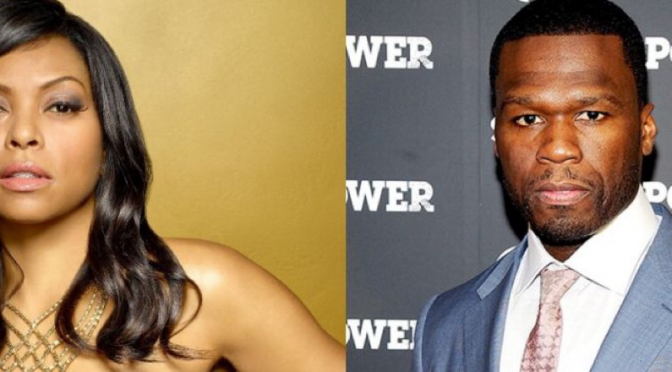 The king of beef accused the upcoming show of stealing “Power’s” marketing plan. In an Instagram post he wrote, “POWER Season 2 is unbelievable good trust me. I have the best writers and show runner. I like Terrence howard and Taraji Henson. I don’t like that They would copy the Marketing. #SMSAudio #FRIGO #POWERTV.”

Henson hasn’t focused a bit of her energy on responding to the rapper in the press, but when a fan asked her how she felt about his comments, she kept it all the way one hundred.

“I pay attention to $’s NOT cents,” she tweeted.

5 thoughts on “TARAJI P. HENSON FIRES BACK AT 50 CENT”