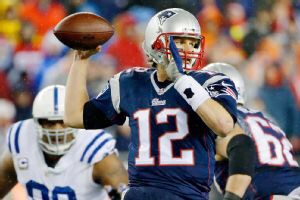 The NFL has found that 11 of 12 of the New England Patriots game balls were inflated significantly less than the NFL requires, league sources involved and familiar with the investigation of Sunday’s AFC championship game told ESPN.

The investigation found the footballs were underinflated by 2 pounds per square inch of air less than what’s required by NFL regulations during the Pats’ 45-7 victory over the Indianapolis Colts, according to sources.

“We are not commenting at this time,” said Greg Aiello, the NFL’s senior vice president of communications.

8 thoughts on “11 of 12 Footballs Underinflated in Patriots Win”