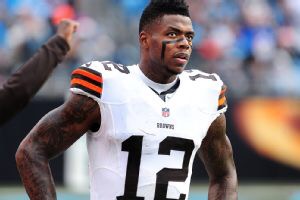 Cleveland Browns wide receiver Josh Gordon has been suspended for at least a year without pay due to his most recent violation of the NFL’s substance abuse policy.

“Josh Gordon of the Cleveland Browns has been suspended without pay for at least one year for violating the NFL Policy and Program for Substances of Abuse,” the NFL announced Tuesday. “Gordon’s suspension begins immediately.”

15 thoughts on “NFL suspends WR Josh Gordon for a Year”