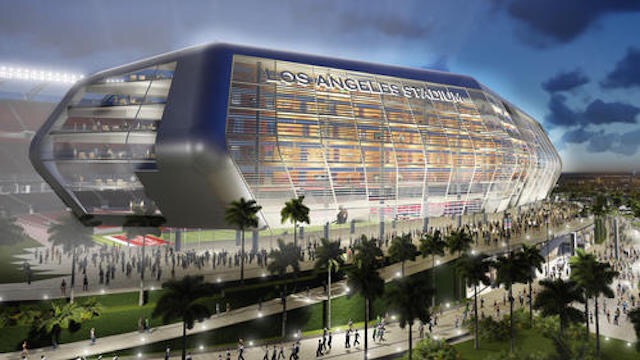 Two division rivals could be sharing a stadium soon. According to the Los Angeles Times, the San Diego Chargers and Oakland Raiders are in the beginning stages of a plan that would result in the two teams sharing a $1.7 billion stadium in Carson, Calif.

The Chargers want to stay in San Diego and the Raiders want to stay in Oakland, but if the two teams can’t get a deal done in their respective cities by the end of the year, they’re going to move forward with plans to move to LA.

The teams released a combined statement to the Los Angeles Times on Thursday.

“We are pursuing this stadium option in Carson for one straightforward reason: If we cannot find a permanent solution in our home markets, we have no alternative but to preserve other options to guarantee the future economic viability of our franchises,” the statement said.

The proposed stadium would be built on a 168-acre site in Carson on land that’s already been purchased by the Raiders and Chargers. The tentative plan calls for the stadium to be privately financed.