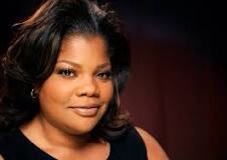 Oscar-winning actress Mo’Nique is saying that after her role as an abusive mother in the movie Precious that she was blackballed for about five years in the industry.
E! News reported that in an issue of the Hollywood Reporter set to come out Feb 27th Mo’Nique had this to say:
“I got a phone call from Lee Daniels,” said the actor. “And he said to me, ‘Mo’Nique, you’ve been blackballed.’ I said, ‘Why?’ And he said, ‘Because you didn’t play the game.’”
She also suggested that her limited roles were due to people thinking she has no tact and her response to that was:
“That’s why I have my beautiful husband because he’s so full of tact. I’m just a girl from Baltimore. But being from that place, you learn not to let anybody take advantage of you.”

5 thoughts on “Mo’Nique Says She Was “Blackballed” By Hollywood”