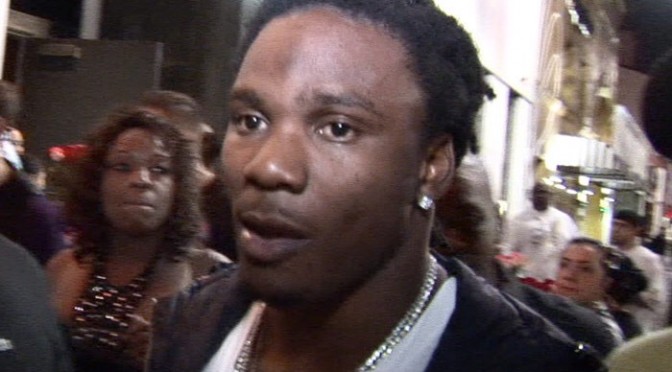 When the driver got shot, Chris was leaning back in his seat texting like he always does. If he wasn’t leaning back that shot would have killed him.”

NFL running back Chris Johnson was shot in the shoulder during a drive-by in Orlando, FL early Sunday morning  … and one of the people in his car was killed.

Orange County Sheriff officials say the shooting took place around 4:09 AM — when a mystery shooter opened fire on a Jeep that Chris was in … along with two other people.