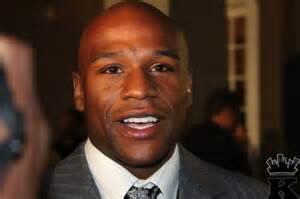 And still undefeated!!! Mayweather defeats Pacquiao in Mega Fight! Ringside punch stats showed Mayweather landing 148 punches of 435, whilc Pacquiao landed 81 of 429. The volume of punches for Pacquiao was a lot lower than the 600-700 he usually throws in a fight as he tried to measure his aggression against an opponent who was hard to trap.