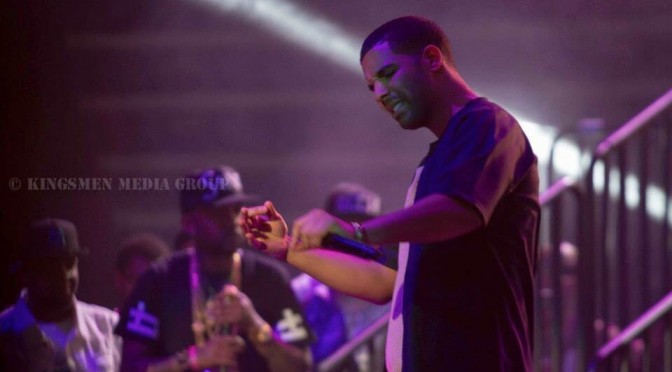 Photo Credit: Kingsmen
The New York Post reports Drizzy is speaking with Apple about joining the company as a guest DJ for iTunes Radio. The number of $19 million has apparently been thrown around during the discussions. Sources claim Pharrell Williams and David Guetta are possible partners as well.
According to the Post, Apple is also looking to one up its music streaming competitors by combining elements of Pandora, Spotify and YouTube. The new Apple Music roll out could include music and video streaming, artists’ pages, and a post-it-yourself platform called Apple Connect.