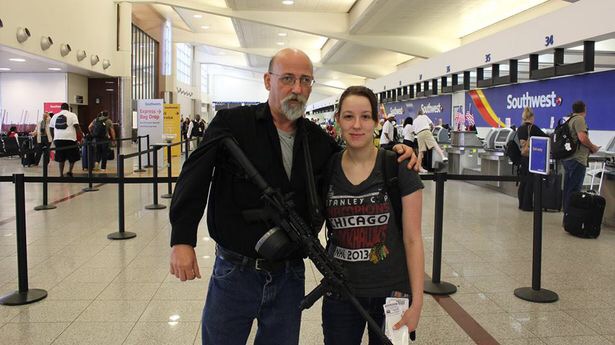 Cooley says he was first approached by a fire marshal who asked him why he was carrying the gun in the airport. He was then approached by an APD officer, who asked him about the gun and whether he was permitted to carry the weapon.
“I told her I was carrying this for safely when she asked me why,” Cooley posted on Facebook.
Cooley says as he and his wife began to leave the airport the APD officer stopped him again and radioed to others that he was carrying an automatic weapon. Cooley says he was then followed to his car by a police lieutenant and two officers, who took pictures of their car.
“It shouldn’t matter what I carry, just that I choose to carry,” Cooley said. “You never know where something might happen.”