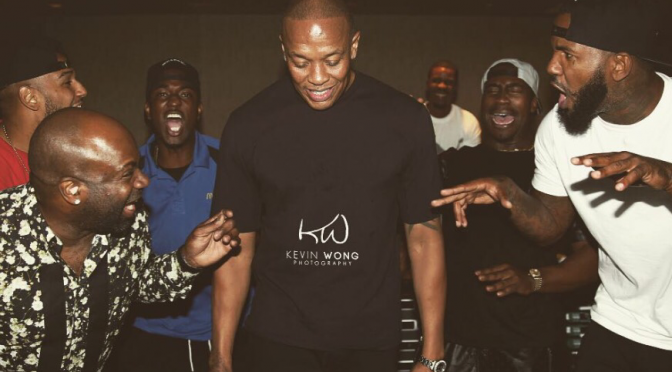 Photos have hit the Internet showing Dr. Dre back in the studio with longtime friend THE GAME and THE DOCUMENTARY 2 is COMING!!!
Yall better understand one thing & ONE THING only !!!!!! Ain’t nobody nowhere on earth f*ckin wit this album………#TheDocumentary2 is on its mothaf*ckin way !!!!!!!!!!

-GAME
Game has announced other producers such as Pharrell Williams, Swizz Beatz, Timbaland, DJ Premier, Alchemist, and Scott Storch are contributing to The Documentary 2 as well.

3 thoughts on “Dr. Dre Working on Game’s The Documentary 2 Album ”