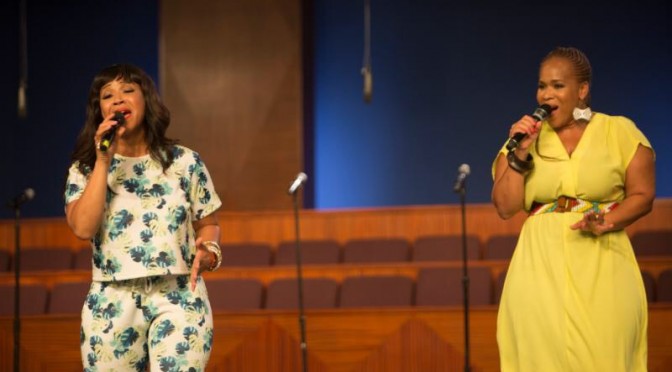 The highly anticipated citywide worship experience, founded and hosted by Pastor Wayne Chaney, Jr. and wife Myesha of the Antioch Church of Long Beach, was nearly derailed by power outages in Long Beach preceding the event and inclement weather on the day of show. The show went on, however, and festival-goers were treated to a monumental morning worship service led by Pastor Chaney, followed by the afternoon concert. The event shifted location from Marina Green Park to City of Refuge Church when the heavens opened up in a downpour during late afternoon.

“For the past few years, the fragrance of Gospel Music has permeated the shores of Long Beach,” said Pastor Chaney. “This year was no different. Even in the rain, our hearts smiled seeing so many uplifted and encouraged.”

One thought on “THE FIFTH ANNUAL LONG BEACH GOSPEL FESTIVAL”