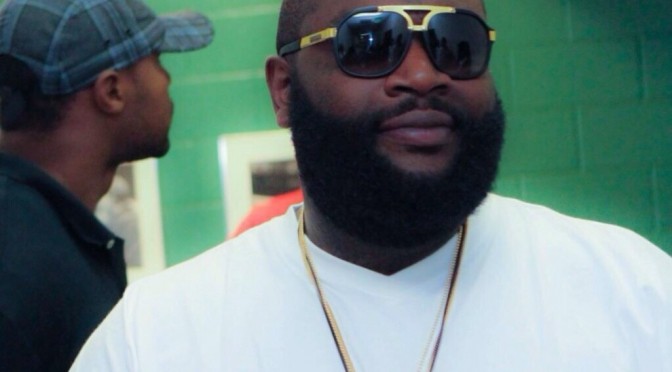 According to TMZ, a ‘Jane Doe’ as she’s being referred to in the lawsuit, claims that she met up with Rick Ross and his entourage at the W hotel in L.A. over Grammy weekend. They were headed to the Canibus Cup. They headed to the marijuana convention in a van– the woman claims Ross was in the van, as Thaddeus “Black” James, a DJ, 3 security guards and the driver. She was handed a drink, which she drank, and after starting to feel dizzy she passed out.
She says she came to, two hours later, and was in the van with Black. She says she then headed to Black’s hotel room, before passing out once more. She woke up the next day at 8 AM, and after a self-exam she realized her clothes had been removed and she was sexually assaulted.
The woman believes Black is the one that raped her, however she’s also holding Ross liable. She says Black is Ross’ agent, and it was Ross’ van, thus he should have been supervising.