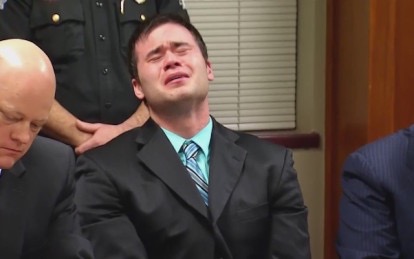 Former Oklahoma City police officer Daniel Holtzclaw has been convicted of sexually assaulting 13 women. He will most likely spend the rest of his life in prison.
Over the course of the trial, a horrifying picture emerged of Holtzclaw using his status as a cop to assault and intimidate at least 13 black women living in one of Oklahoma City’s poorest neighborhoods. He chose his victims for their criminal records and counted on the fact that women with open warrants or previous convictions for drugs or prostitution would be too scared to report his crimes.
Holtzclaw’s reign of terror came to an end after a 57-year-old grandmother he assaulted in June of 2014 bravely reported him to the very same police force that employed him. Sex crimes detective Kim Davis began to investigate and discovered a systematic pattern of abuse of women ranging in age from 17 to 57. Both DNA evidence and GPS logs from Holtzclaw’s police vehicle backed up many of the victims’ claims.

18 thoughts on “ Daniel Holtzclaw convicted of rape, sentenced to life in prison”