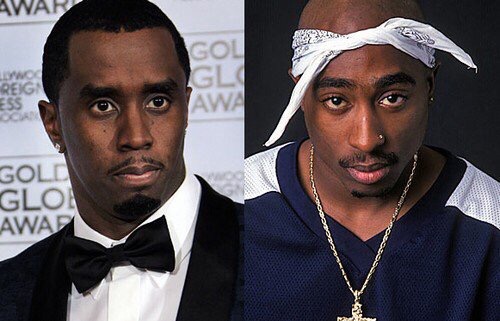 A former LAPD cop claims that Grammy Award-winning artist Sean ‘P Diddy’ Combs was responsible for hiring a killer to shoot Tupac Shakur in a drive-by in 1996.Both Diddy, from New York, and Tupac, in Los Angeles, had been caught up in a bitter rivalry between East and West Coast rappers, the Huffington Post reports. Christopher Wallace, aka Biggie Smalls – a close friend of P Diddy – was shot dead six months later in a revenge killing, according to retired detective Greg Kading, who once led a special task force that investigated the shootings. (Daily Mail UK)

Kading says that Shakur was gunned down by Orlando “Baby Lane” Anderson after the men were involved in a fight earlier that same night. Furthering his claims, the former officer says that Suge Knight hired blood gang member Wardell “Pooch” Fouse for a retaliation hit on Notorious B.I.G., for $13,000. According to Kading, he was able to pry verifiable information from Keffe about the circumstances that led to Shakur’s murder in order to avoid charges for other crimes.