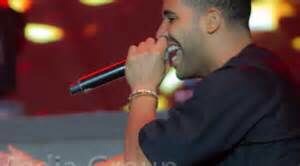 Billboard is projecting that Drake’s album sales number could balloon to over 800,000 copies, which would smash his previous best–Nothing Was The Same sold 658,000 in its first week–by over 100,000. In addition to the traditional album sales mark, Drake’s streaming mark, which will certainly be significant considering the album was released first through Apple’s streaming service, then to iTunes several hours later, could push his equivalent album units figure to over 1 million, as reported by ChartNews.