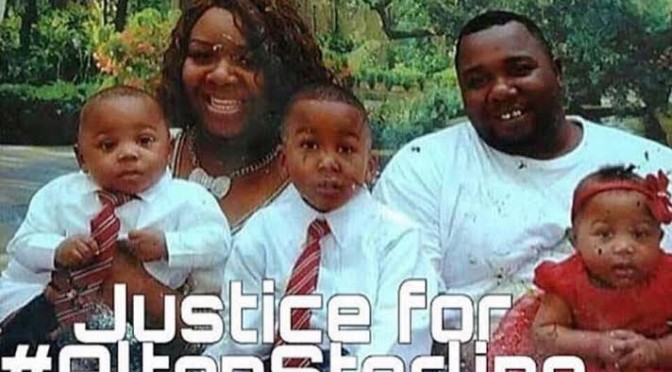 The footage of the killing leaves little room for understanding as to why Sterling, 37, was shot and killed in front of a store in Baton Rouge, Louisiana. According to The Advocate, allegedly an anonymous call was placed to authorities about a man who was selling CDs outside of the Triple S Food Mart who pointed a gun at someone telling them to leave the property. When officials arrived, the man in question was Alton Sterling, a distributor that had sold CDs and DVDs in front of the store for years. No one is exactly sure what happened between the time the officers arrived and when the video footage began, but all witnesses agree that the officers were aggressive with Sterling upon arrival, as Sterling just wanted to understand what he was being detained for. “They were really aggressive with him from the start,” Abdullah Muflahi, the store owner said.
(The Source)