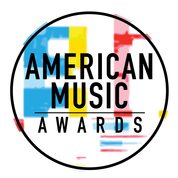 CeCe Winans to Headline Performance Honoring the Queen of Soul

Rickey Minor on board as Musical Director

The Live Broadcast Will Air

dick clark productions and ABC today announced an all-star lineup of soul and gospel legends who will come together to pay homage to the Queen of Soul, Aretha Franklin, at the “2018 American Music Awards.” Gladys Knight, Ledisi, Mary Mary, Donnie McClurkin and CeCe Winans, friends of the late, luminary singer/songwriter, will take the AMAs stage for a moving tribute honoring Franklin’s gospel roots and iconic gospel album, Amazing Grace. Consulting Producer for the tribute is the Emmy Award® winning music director, composer and producer, Rickey Minor.  Hosted by Tracee Ellis Ross, the “2018 American Music Awards,” the world’s largest fan-voted awards show, will broadcast live from the Microsoft Theater in Los Angeles on Tuesday, October 9, 2018 at 8:00 p.m. ET on ABC.

“We would like to express our sincere gratitude to the American Music Awards, dick clark productions and American Music Awards’ producer, Larry Klein, for honoring Aretha Franklin with a musical tribute for this year’s broadcast,” said Sabrina Owens, Franklin’s niece and executor of the Aretha Franklin Estate. “Throughout its 46-year history, the American Music Awards has continued to stand by the music and honor the best in talent and the greatest in popular music culture. When I heard some of the initial ideas for the tribute, I knew without a doubt that this tribute will go down as one of the best in American music.”  Owens adds, “We still remember when Aretha won her first American Music Award in 1976 for Favorite Female Artist – Soul/R&B, and throughout the years, she went on to win five more awards and we will never forget when she hosted the show; as well as her memorable performances. Dick Clark helped to revolutionize American music, and along the way, Aretha Franklin was part of that revolution.”

“It’s a blessing to be a part of this moving musical tribute to honor our late queen and sister, Aretha,” said Gladys Knight. “She was an icon and visionary, radiated light and love through all of her life’s work, and touched all of us through her incredible gift of music.”

“Aretha was the voice of a generation,” said music director, composer and producer, Rickey Minor. “She transcended racial barriers by reaching into the depths of her soul and taking us on a journey with every note she sang. Her spirit will live forever in her music.”

One of the most iconic voices in music history, Franklin accumulated six American Music Awards in her lifetime, including Favorite Female Artist – Soul/R&B (1976, 1977, 1984 and 1986), Favorite Female Video Artist – Soul/R&B (1986) and Favorite Album – Soul/R&B (1983). She served as host of, and performed on, the AMAs in 1976 and 1983, and last performed on the AMAs stage in 1986. Franklin left a resounding mark on the music world and beyond, also garnering an induction into the Rock and Roll and Rhythm and Blues Halls of Fame, a Kennedy Center Honor, a Presidential Medal of Freedom and by utilizing her voice for social issues including civil and women’s rights.

The great ones endure, and Gladys Knight has long been one of the greatest. Very few singers over the last fifty years have matched her unassailable artistry. This seven-time Grammy winner has enjoyed #1 hits in Pop, Gospel, R&B and Adult Contemporary, and has triumphed in film, television and live performance. Fall of 2015 marked the release of Knight’s first mainstream dance record, “Just A Little” in nearly twenty years. The song serves as lead single from her twelfth studio album that she is currently working on. Knight, who is a two-time Grammy winner in the gospel category, yet again embraced her gospel roots, releasing her inspirational album “Where My Heart Belongs,” in September 2014. The album was a major success and won an NAACP Image Award for “Outstanding Gospel Album.” All told, Knight has recorded more than 38 albums over the years, including four solo albums during the past decade:  “Good Woman” (1991); “Just for You” (1994); the inspirational “Many Different Roads” (1999); and “At Last” (2001). “At Last” showed the world that she still has what it takes to record a hit album, employing the talents of contemporary producers like Randy Jackson, Gary Brown and James D.C. Williams III, Jon John, Jamey Jaz, Keith Thomas, Tom Dowd and Tiger Roberts. Her involvement in other creative undertakings, business ventures and humanitarian activities has been extensive, and has brought her honors from industry and community alike.

Ledisi is a 12x Grammy-nominated vocal powerhouse who has wowed fans ever since she came onto the scene. She’s earned a place in the pantheon of the best soul singers of her generation. Ledisi is a favorite of The Obamas and has performed eight times at the White House. Her fans include icons, legends and current chart-toppers like the late- Prince, Patti LaBelle, Smokey Robinson, Stevie Wonder and more. She has headlined two national sold-out tours, performed alongside Richie Sambora, Dave Matthews, Kelly Clarkson, Jill Scott, Maxwell and many more. She’s appeared on nationally recognized shows like Good Morning America, HARRY, The David Letterman Show, The Late Night with Jimmy Fallon, and VH-1’s Diva’s Live to name a few. In 2015 she appeared in the Oscar-nominated movie Selma as Mahalia Jackson and is currently starring in Gabourey Sidibe’s Shatterbox Anthology film, The Tale Of Four. Ledisi released her ninth Grammy nominated studio album Let Love Rule, which features John Legend, Kirk Franklin, and B.J. The Chicago Kid among others. The album received three GRAMMY nominations in the “Best R&B Album,” “Best R&B Performance” (High), and “Best Traditional R&B Performance” (All The Way) categories.

Mary Mary is the multi-Grammy® and multi-award winning Gospel recording, sister duo of Erica and Tina Campbell. The sisters broke through in 2000 as Mary Mary with the pioneering hit “Shackles (Praise You).” Mary Mary has earned numerous Stellar & Dove Awards, four Grammy® Awards, three NAACP Image Awards, two American Music Awards, a Soul Train Award, a BET Award, the BMI Trailblazers of Gospel Music Award, ASCAP Golden Note Award and more. After seven Mary Mary albums and a lifetime–18 plus years of professionally singing–the commercially successful and critically acclaimed Mary Mary has sold more than 5 million albums, toured internationally, graced the covers of multiple high-profile magazines and both have recently launched successful, award-winning solo careers. Erica Campbell’s solo debut album, Help, won a 2015 Grammy® Award for Best Gospel Album. Erica is the host of the nationally syndicated radio show, “Get Up! Mornings with Erica Campbell.” In 2015, Tina Campbell independently released her solo debut album, It’s Personal, winning the 2016 NAACP Image Award for Outstanding Gospel Album. Her single, “Too Hard Not To,” from her follow-up album, It’s Still Personal, received a 2018 Grammy® nomination for “Best Gospel Performance/Song. Erica and Tina continue to perform as Mary Mary while embracing their solo careers. They are loving wives and mothers who are devoted to their faith and their families.

The three-time Grammy winner, Donnie McClurkin, debuted as a solo artist in 1996 with his self-titled album Donnie McClurkin, featuring mega-hits Stand and Speak To My Heart. Before launching his solo career, he started the New York Restoration Choir and recorded his first album, I See A World that contained the original version “Speak To My Heart.”  The gospel anthems, We Fall Down and Great Is Your Mercy, both from the top-selling Live In London And More album was released in 2000.  The acclaimed gospel singer won his first Grammy in 2004 for Again for Best Soul Traditional Gospel Album. McClurkin’s double CD, Psalms, Hymns & Spiritual Songs earned a Grammy in 2006 as Best Traditional Gospel Album.  In 2010, he accepted his third Grammy (Best Gospel Performance) for Wait on the Lord, featuring Karen Clark Sheard from his We Are One: Live in Detroit album.  His other top honors include over 12 Stellar Awards; two BET Awards, three NAACP Image Awards, two Soul Train Awards and three Dove Awards.   He appeared as a judge on BET’s Sunday Best for six seasons 2010-2015. McClurkin is currently in the recording studio, look for new music in 2019.

CeCe Winans has released a slew of duo and solo albums that crossed genres and boundaries and influenced a generation of gospel and secular vocalists. Her mantel today holds a staggering 12 GRAMMY Awards, 23 Dove Awards, and seven Stellar Awards. She’s been inducted into the Gospel Music Hall of Fame, Hollywood Walk of Fame and Nashville Music City Walk of Fame, in addition to being named a Trailblazer of Soul by BMI and garnering multiple NAACP Image Awards, Soul Train Awards, Essence Awards, and more. She’s sold in excess of five million albums in the U.S. alone, topping the Gospel charts repeatedly while managing to cross over with smashes like “Count On Me,” her stunning duet with Whitney Houston from the multi-platinum ‘Waiting To Exhale’ soundtrack, which sold two million copies and cracked the Top 10 on the Billboard Hot 100, Hot R&B/Hip-Hop Songs, and Adult Contemporary charts. She touched millions more with inspirational performances everywhere from Oprah to The White House, and even showed off her acting chops on television series like ‘7th Heaven’ and ‘Doc.’ In 2016, Winans became a member of the Artist Committee for the prestigious Kennedy Center Honors.  Winans’ upcoming project, Something’s Happening!  A Christmas Album is scheduled for release on October 19th.