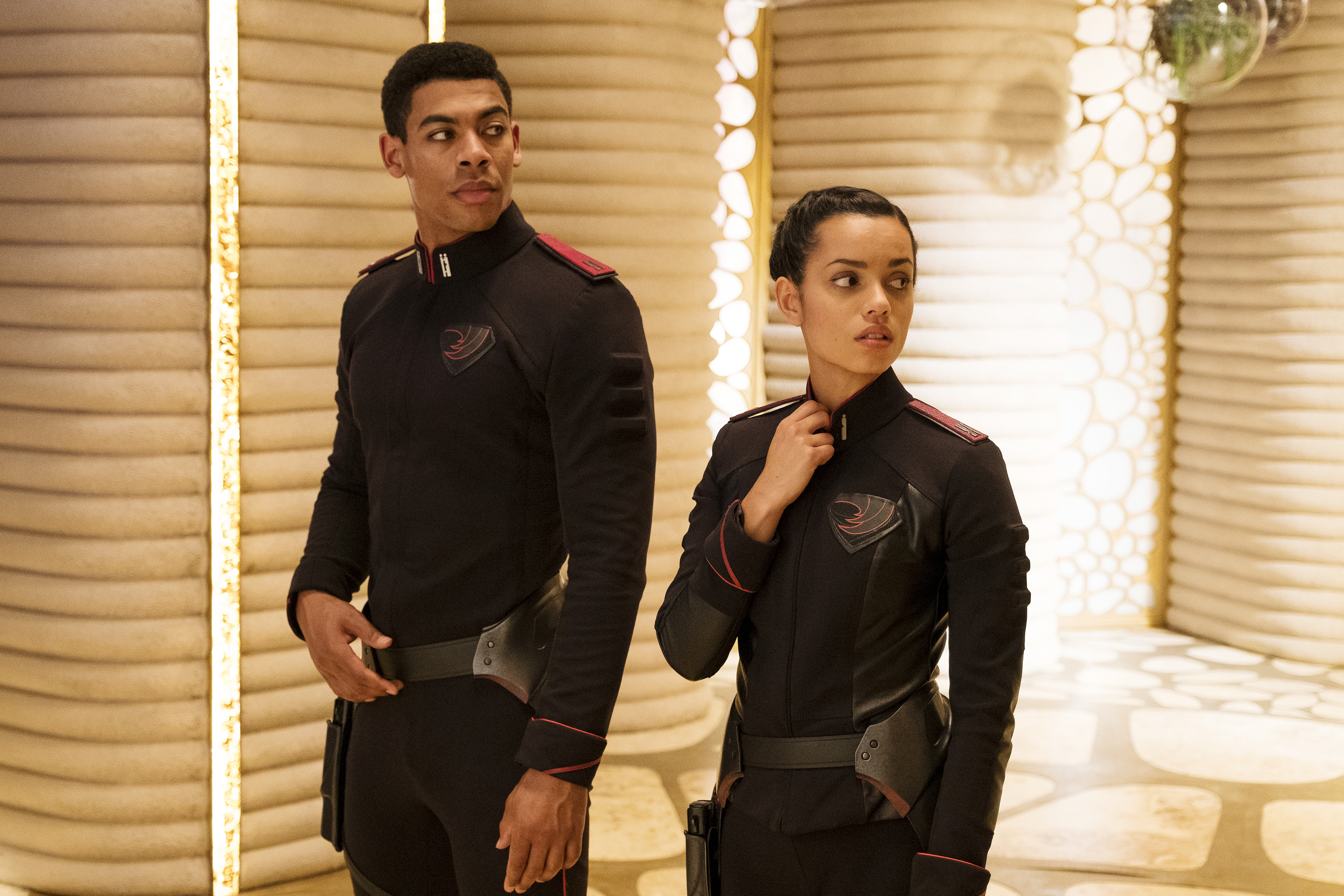 What if Superman never existed? Set two generations before the destruction of Superman’s home planet, Krypton follows a young Seg-El, the legendary Man of Steel’s grandfather, who is faced with a life and death conflict – save his home planet
or let it be destroyed in order to restore the fate of his future grandson. With Krypton’s
leadership in disarray and the House of El ostracized, Seg fights alongside Earthly time-traveler Adam Strange to redeem his family’s honor and protect the ones he
loves while saving the future of his legacy from DC Super-Villain Brainiac.
With Blu-ray’s unsurpassed picture and sound, the Blu-ray release of Krypton: The Complete First Season will include 1080p Full HD Video with DTS-HD Master Audio for English 5.1. The 2-disc Blu-ray will feature a high-definition Blu-ray and a Digital Copy of all 10 episodes from season one.
Krypton stars Cameron Cuffe (New Year’s Eve), Georgina Campbell (One Night, Black Mirror), Shaun Sipos (Final Destination 2), Colin Salmon (Arrow), Elliot Cowan (The Golden Compass), Ann Ogbomo (Wonder Woman, Justice League), Aaron Pierre (Britannia, The A Word), Rasmus Hardiker (Your Highness), Wallis Day (Will),

with Blake Ritson (Da Vinci’s Demons, Indian Summers) and Ian McElhinney (Game of Thrones). Based on the DC characters created by Jerry Siegel and Joe Shuster, Krypton is from Phantom Four Films in association with Warner Horizon Scripted Television and is executive produced by David S. Goyer alongside Cameron Welsh.