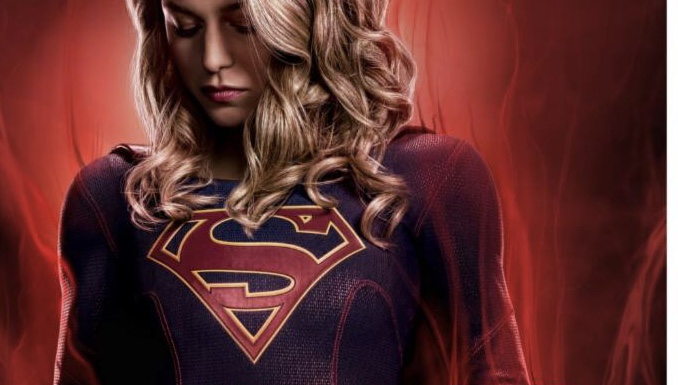 Contains All Exhilarating Episodes from the Fourth Season,Plus a DC Crossover Featurette, 2018 Comic-Con Panel, and More! Blu-ray™ & DVD Flying onto Shelves September 17, 2019 Including All Three Episodes of the DC Crossover Event: Elseworlds Available Only on the Blu-Ray™ Set

Just in time for the fifth season premiere on The CW, catch up with one of TV’s favorite DC Super Heroes as Warner Bros. Home Entertainment brings you Supergirl: The Complete Fourth Season on Blu-ray and DVD on September 17, 2019. Fans can purchase the sets which, in addition to all 22 super-powered episodes from season four, also contain the DC Crossover featurette, the show’s 2018 Comic-Con panel, deleted scenes and a gag reel! All three DC Crossover: Elseworlds episodes will also be available only for fans who purchase the Blu-ray set. Supergirl: The Complete Fourth Season is priced to own at $39.99 SRP for the DVD ($51.99 in Canada) and $44.98 SRP for the Blu-ray ($52.99 in Canada), which includes a Digital Copy (Available in the U.S.). Supergirl: The Complete Fourth Seasonis also available to own on Digital via purchase from digital retailers.In season four, Supergirl faces a bigger threat than she’s ever faced before – a new wave of anti-alien sentiment, spreading across National City that’s fomented by Agent Liberty. As Kara mentors a new reporter at CatCo, Nia Nal, and tries to use the power of the press to shine a light on the issues threatening to tear the city apart, Supergirl takes to the skies to battle the many villains who rise up in this era of divisiveness. But how does Supergirl battle a movement when she, herself an alien, represents one of the main things people are fearful of? “After four strong seasons, Supergirlcontinues to develop a strong fan following and soars in the ratings,” said Rosemary Markson, WBHE Senior Vice President, Television Marketing. “We’re excited to release the Blu-ray and DVD with in-depth bonus content in addition to the 22 action-packed episodes. Fans and newcomers alike can catch up on all their favorite moments from season four and prepare for the highly anticipated fifth season of this hit series.” With Blu-ray’s unsurpassed picture and sound, Supergirl: The Complete Fourth Season Blu-ray release will include 1080p Full HD Video with DTS-HD Master Audio for English 5.1. In addition to featuring all 22 episodes from the fourth season in high-definition, as well as a digital copy of the season (Available in the U.S.), the 4-disc Blu-ray will also include all three crossover episodes, a tremendous value and collectors’ opportunity. Supergirl stars Melissa Benoist (Glee), Mehcad Brooks (About Last Night, Necessary Roughness), Chyler Leigh (Grey’s Anatomy), Katie McGrath (Jurassic World, Merlin), Jesse Rath (Defiance, No Tomorrow), Sam Witwer (Being Human, Smallville), Nicole Maines (Royal Pains), April Parker Jones (Jericho) and David Harewood (Homeland, The Night Manager). Based on the DC characters created by Jerry Sigel and Joe Shuster by special arrangement with the Jerry Siegel family, Supergirl is produced by Berlanti Productions in association with Warner Bros. Television, with executive producers Greg Berlanti, Sarah Schechter, Robert Rovner and Jessica Queller. BLU-RAY & DVD FEATURES