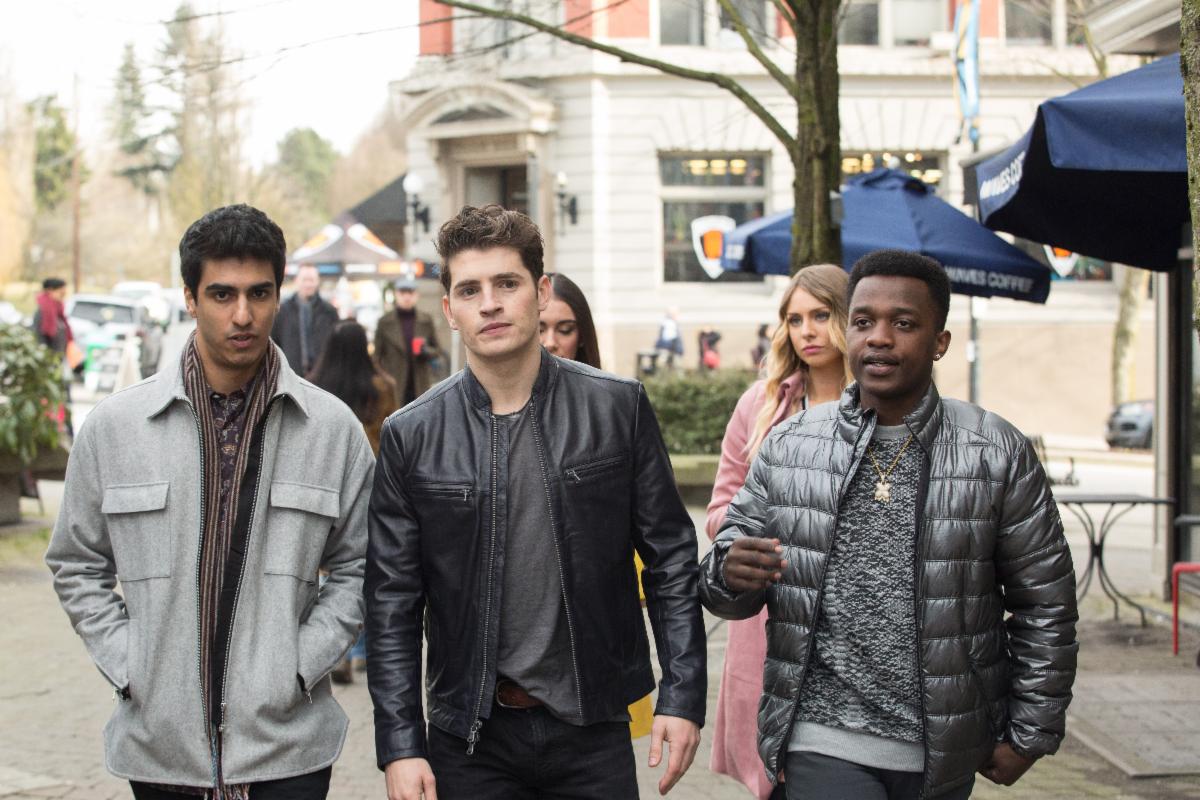 This October, Warner Bros Home Entertainment will have you singing and dancing in your seats with the enchanting tale – A CINDERELLA STORY:CHRISTMAS WISH – and we have the first look at photos from the film!
Give the gift of Christmas in August and share these photos with your audience today! Please make sure to let them know – they can bring home the music & magic of A CINDERELLA STORY: CHRISTMAS WISHon October 15 on Digital and October 29 on Blu-ray™ Combo Pack & DVD!

Synopsis:Brimming with overtones from the classic fairytale, this contemporary musical follows Katherine “Kat” Decker dreaming of becoming a famous singer-songwriter. Her reality, however, is suffocated by her conniving and cruel stepfamily and a demoralizing job working as a singing elf at billionaire Terrence Wintergarden’s Santa Land. When she starts to fall for Nick, the handsome new Santa at the tree lot, things begin to look up. Unfortunately, when her stepmother and stepsisters realize Kat has been invited to the prestigious Wintergarden Christmas Gala, they’ll stop at nothing to procure their own invitation and keep Kat from attending. With the help of her attentive dog, a true friend, and a little bit of holiday magic, Kat may just make it to the gala, discover the true identity of Nick, and experience the true meaning of Christmas.
This is the fifth installment in the A Cinderella Story movie series, and first one with a Christmas theme. Other titles include A Cinderella Story (Hilary Duff), Another Cinderella Story (Selena Gomez), A Cinderella Story: Once Upon a Song (Lucy Hale) and A Cinderella Story: If the Shoe Fits (Sofia Carson). A Cinderella Story: Christmas Wish is written and directed by Michelle Johnston (Nickelodeon’s Blurt), who directed the last installment of A Cinderella Story after choreographing the first four and serving as a producer on the past three. Dylan Sellers (The Giver, St. Vincent, both Agent Cody Banks films), keeper of the A Cinderella Story franchise, returns for his fifth turn as producer. Trygge Toven (Captain Marvel, Avengers: Infinity War, Trolls) and Toko Nagata (Shaft, The Predator, Pitch Perfect 3) serve as the music supervisors. Production Services were provided by Front Street Pictures Inc. The film is produced in association with Blue Ribbon Content for Warner Bros. Home Entertainment.